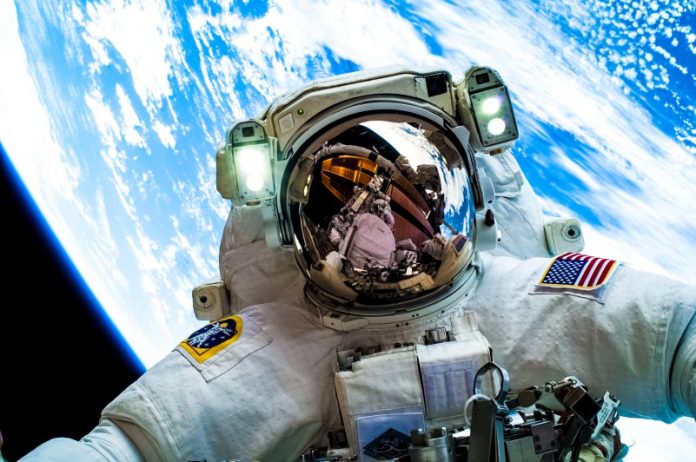 50 years ago, the NASA spaceflight mission Apollo 11 was undertaken to set foot on the moon. Spaceflight technology was way ahead of every other company used in commercial use cases at that time. Engineering to build products that outlast a trip to space and back – now that’s impressive R&D.

Some technologies that were the product of spaceflight research have also found their way into our homes as consumer products and we don’t want to miss them now. Here’s a list of twelve products that were originally developed for space travel ranked by their TTM (time to market) length starting with the items that took the least time to hit the consumer markets.

By making use of NASA software and stream analysis a new type of swimsuit was created. The LZR Racer suit helped athletes during the 2008 Olympics in Beijing to break 23 of the 25 swimming records in total. 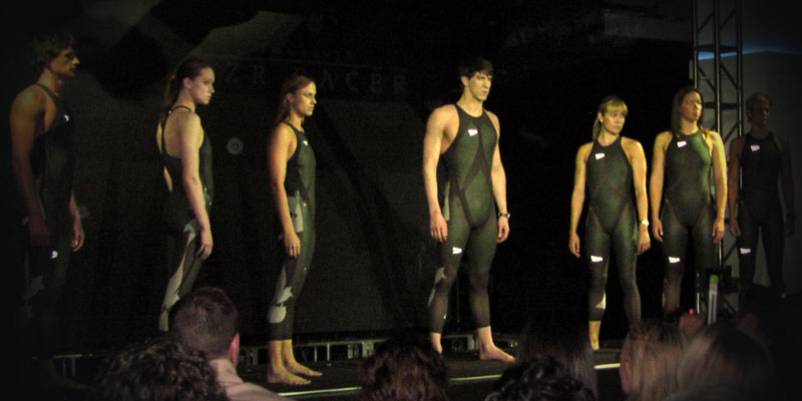 In 1983, the NASA scientist Dr. Ted Wydeven developed a technology accidentally, which would ultimately lead to shockproof and scratchproof lenses. Today, almost all types of lenses are produced like this. 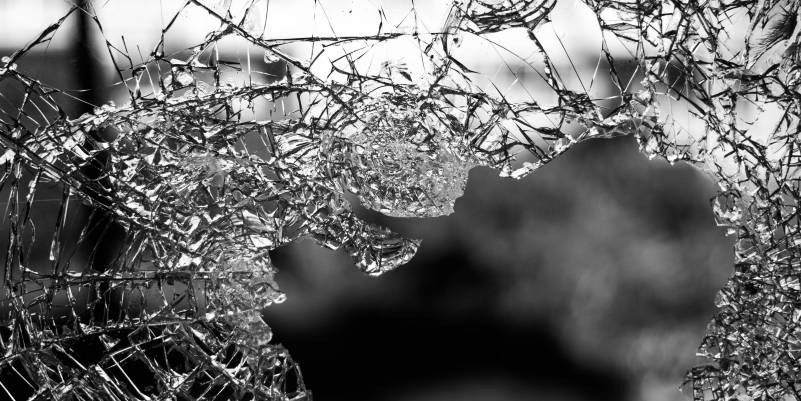 Transparent polycrystalline alumina, or TPA in short, was originally developed to protect sensory equipment in rocket units. Today the very same is used to build retainers as the transparent material can become quite sturdy and durable. 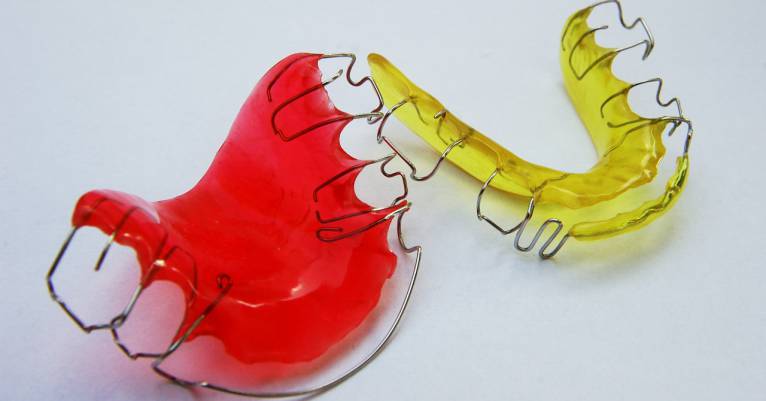 Okay, now are we using tax money to fund the creation of toys? Not quite. Dr. Lonnie Johnson, a NASA engineer, was working on a spray valve to shoot powerful water jets when connected to a sink. This design led to the products of Super Soaker, which later grew together with the Nerf brand, and combined, has a total revenue of about a billion USD today.

Also known as Polytetrafluoroethylene (PTFE), Teflon coating is popular to make surfaces non-sticky. This is particularly useful for cooking wares such as pans and pots. Even though NASA did not truly invent this material, by making use of it as coolant, they helped the substance to become more popular. A study in 1955 concluded that the material is not a health issue beneath temperatures of 250 °C (482 °F). 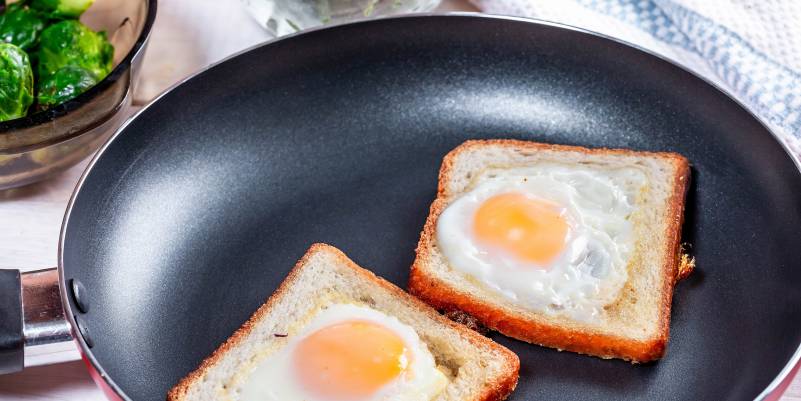 This thin foil blanket is coated by a metallic material that reflects approximately 97 percent of heat beneath it. This useful compact device is nowadays found in most emergency kits and used by ambulance teams, firefighter squads and most people dealing with disaster recovery operations to keep people warm. That makes the rescue blanket one of the most important spaceflight R&D byproducts of all. 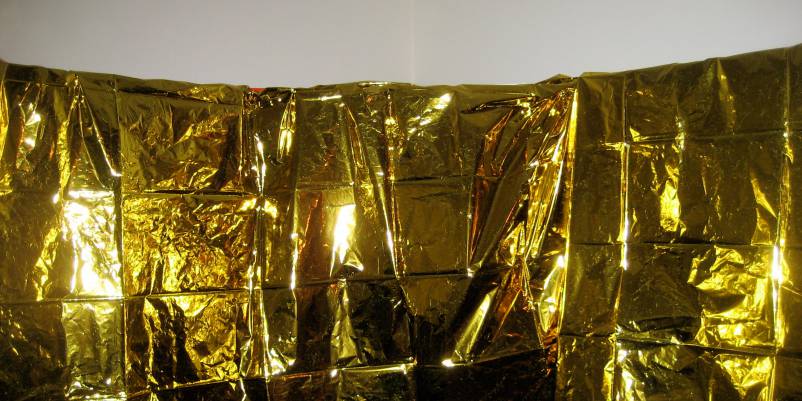 Guess what, smartphone selfies and everyday-snapshots are based on concepts that were originally developed for space exploration. Digital photography has been around for a bit but it is still being developed and improved every year as of now. Funnily enough, it was Kodak who built the first digital photo camera in 1975 in cooperation with the NASA. If Kodak would have maintained a digital-first strategy since then, they might have a stronger segment in the industry today. 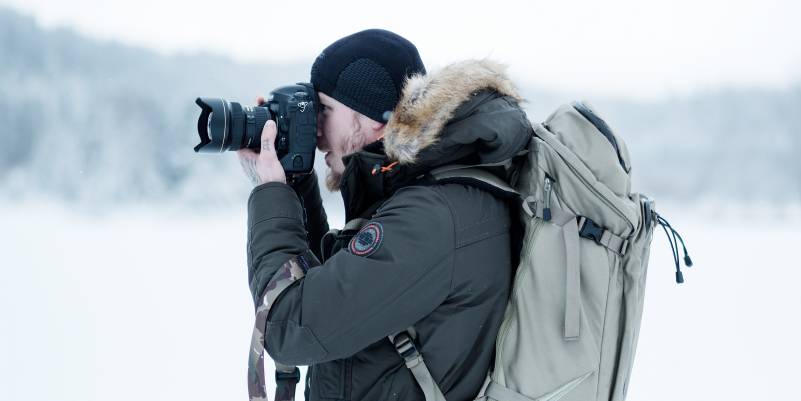 Also known as “Handy Vac” the handheld vacuum cleaners were a collaboration between the NASA and the US-based toolmaker Black & Decker. In 1960 the NASA has requested the toolmaker to produce a special drill with an independent power supply for moon exploration. One of the byproducts of this project was the handheld vacuum which is popular still today and can be found in many households. 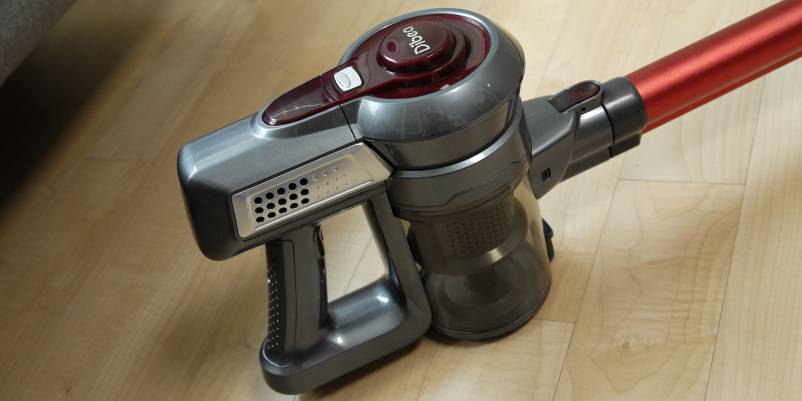 It was the Swiss engineer George de Mestral who designed the hook-and-loop fastener system in 1948 for various uses, but it was the NASA who made the material popular enough so that shoemakers and fashion companies picked it up for their products. 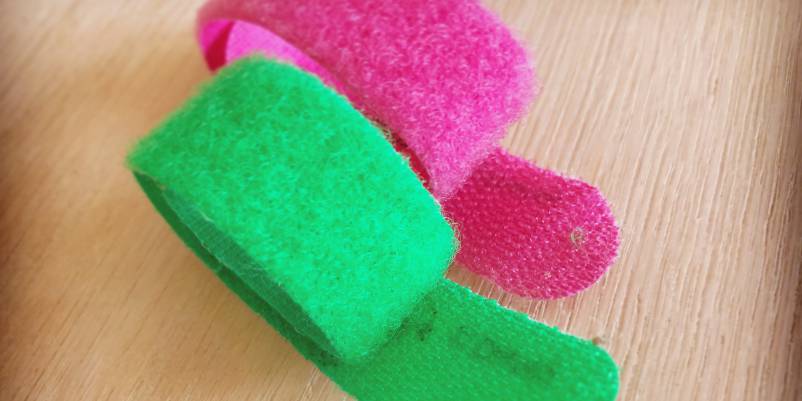 Nowadays we know memory foam primarily from being used in mattresses but they are also found in sports gear such as shoes or helmets. Originally the NASA developed this material to be used as plane and shuttle seats so absorb shock and remain comfortable. 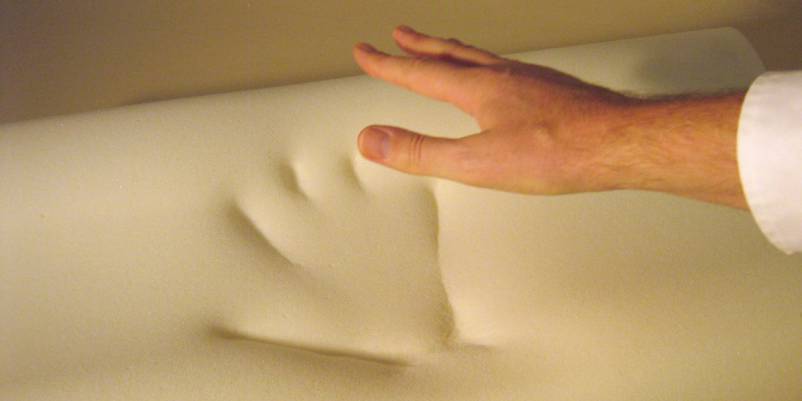 Okay, now this is also one of the more critical byproducts we’ve seen. As the core of solar energy and photovoltaic technology solar modules are now seen even on the roofs of common houses. Solar modules are panels that are built to absorb sunlight and able to produce power in the process. The first development on solar modules happened in 1883 but it wasn’t until 1958 when NASA installed this technology on satellites for the first time. 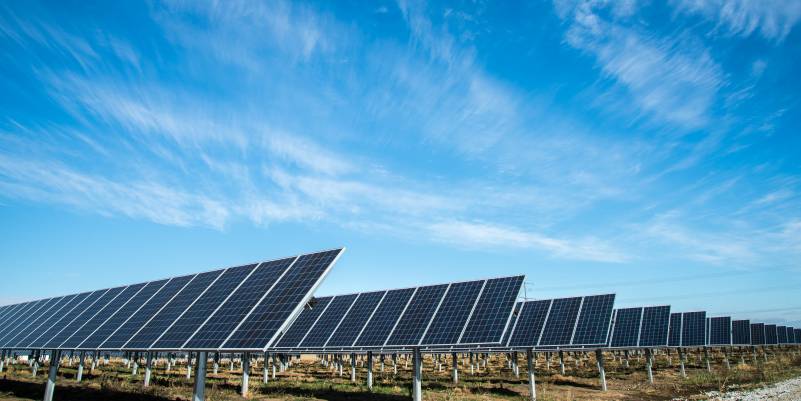 Similar to the solar modules, fuel cell technology as well, has been worked on since long ago. Sir William Robert Grove was a Welsh physical scientist who worked on the fuel cell as early as 1842 to conserve energy. NASA used fuel cells to provide astronauts with electricity and water sourced from the hydrogen and oxygen available in the shuttle. After a long time of R&D, fuel cells are slowly also finding their way into our lives to power vehicles or heat our homes with only half the CO2 emissions of traditional heating systems. They could potentially even be used to power smartphones and other gadgets.

What do you think?

Interesting to see how we got some things that we don’t even think about, right? I was fascinated by getting to understand all these details and hope you also enjoyed the list. Which is your favorite of those twelve and what other products of your daily life could you not live without? Share your thoughts with us below in the comments. Thanks for reading!

Photo credit: The feature image is owned by NASA’s Marshall Space Flight Center. The LZR Racer photo is in the public domain as it was recorded by NASA. The broken glass photo was taken by Jilbert Ebrahimi. The retainers photo was prepared by Hondur. The Super Soaker photo was taken by Peter Chow. The frying pan photo was taken by Marco Verch. The shot with the rescue blanket was taken by Bill Rogers. The photo with the digital camera photograph was taken by Sead Dedić. The handy vac photo was taken by Aaron Yoo. The hook and loop shot was done by Masa Osada. The memory foam image has been prepared by Johan. The solar panel photo is owned by the American Public Power Association. The fuel cell car picture is owned by Mercedes-Benz F-Cell.
Source: Material provided to us by ABCD Agency UG with a report of their client Reliance Research.
Editorial notice: The source information was in German and translated to English. The report originally contained data errors which we corrected before publishing this feature.

Christopher Isakhttp://www.christopherisak.com
Hi there and thanks for reading my article! I'm Chris the founder of TechAcute. I write about technology news and share experiences from my life in the enterprise world. Drop by on Twitter and say 'hi' sometime. 😉
Previous articleThe Witcher Is Coming to Netflix
Next articleJack Ma: Reach Further and Break Your Limits [Video] 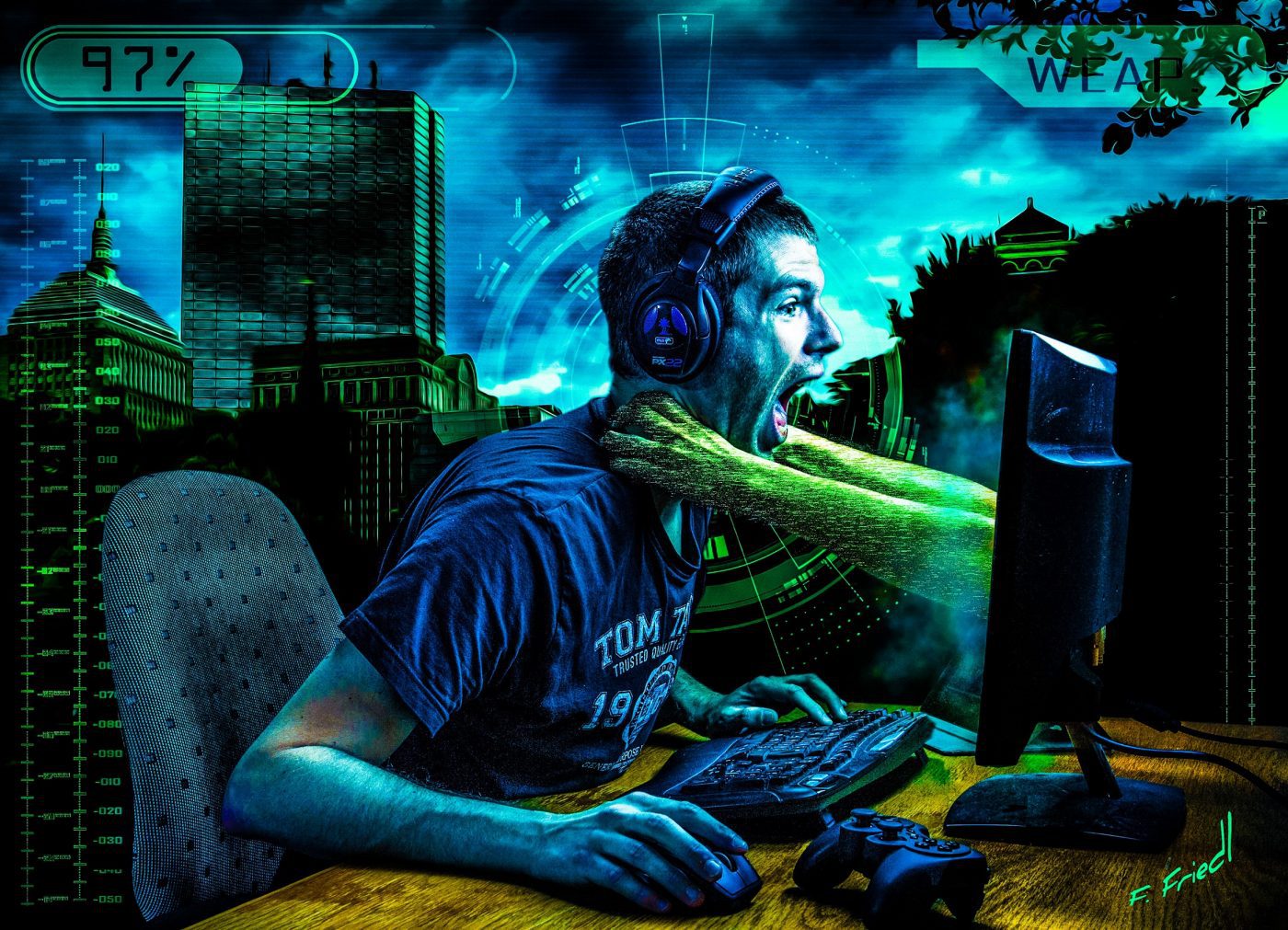