Home Business Is the Gaming Hardware Industry about to Get Killed by Cloud Computing?
BusinessDevelopmentFeatTechnologyFutureGamingGeneralInsight Information

Is the Gaming Hardware Industry about to Get Killed by Cloud Computing? 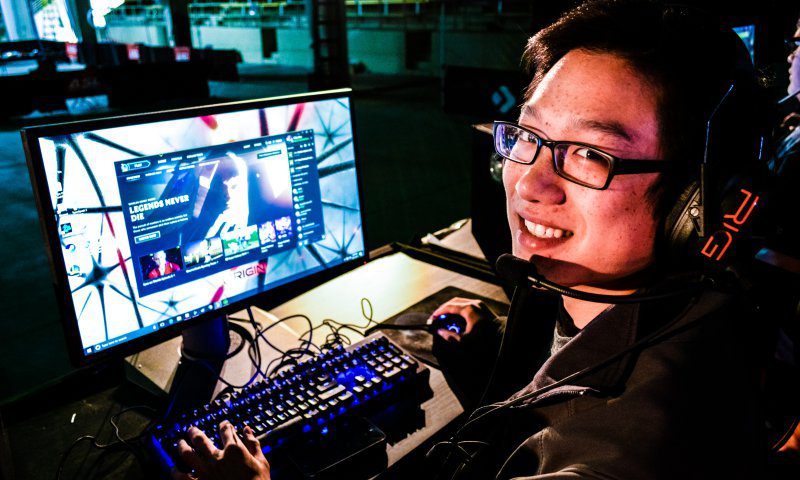 Okay, so by now we know that video didn’t kill the radio star, but we certainly see that stream media provided through the Internet killed anything physical. Buying CDs is mostly replaced by online music entertainment, and DVD or Blu-ray movies are right on track to follow this trend though online streaming providers such as Netflix, Hulu or Amazon. The cloud poses an enormous potential for transformation, and only the most innovative companies can survive changes like that. We are ripe for disruption.

Now, this development never disrupted the gaming community much. This is primarily the case because video games require a massive amount of computing and hardware effort. At least if you want to play modern games. However, we are slowly approaching a momentum in which both the Internet speed and reliability as well as virtual cloud infrastructure has enough capacity to deliver online streaming games. Please consider this article as a projection and an opinion of how things could develop over the next couple of years. How could game-streaming work?

Through a fully enabled 5G infrastructure (IoT) or even with high-end Internet connections of today you could connect black boxes with your display and such boxes could have only a minimum of hardware inside. Going entirely without hardware would be silly to claim, but at least you could say that in the future your “gaming box” will only handle how the video is distributed to a display and how your input controls (controller or mouse/keyboard combination) and finding their way into your game.

I could imagine that companies like Microsoft, Valve, and even Amazon would sell such game streaming boxes that will over time not only eat up the console market but also make gaming PCs a part of computer history. As the boxes themselves are very likely going to be reasonably cheap to buy, I suppose they would be around $50, the companies can generate revenue through a subscription plan that makes you pay monthly for the service of gaming through the cloud. You, therefore, could save money that you’d otherwise have spent on expensive hardware.

Reaching the end of consumer hardware

Only for a quick calculation example, let’s assume that the future Sony PlayStation 5, and whatever the next-gen Xbox will be named like (Project Scarlet?), would cost around $500 at launch. The release of these future consoles could happen around 2020/21. So such a subscription would need to cost about $20 and run for 24 months to generate a revenue of $500 for the service provider. Everything paid after these two years will be a bonus. Such a model would be preferred even today, as console companies have found out by now, that one can’t really make much profit with console units alone.

Microsoft and Amazon are a little ahead in this kind of business model and utilization of cloud infrastructure. Sony might have a hard time to pivot and start this type of business from scratch. Microsoft is even testing game subscriptions plans right now with what they call Xbox Game Pass, and I don’t need to explain to you how easy it would be for Amazon to squish in yet another feature into their Prime subscription, whether their users want that or not. Amazon would merely need to account for this new service as part of the AWS (Amazon Web Services), which is, by the way, already one of the leading cloud computing services on this planet. Amazon already proved that they are interested in the gaming industry when they acquired the video streaming platform Twitch about four years ago in 2014. But what if my Internet is down? No gaming for me?

What if the Internet fails? Well, you have to see that through the eyes of the near future. Try to kiss the thought of a LAN good-bye and think of virtual networks in the broader IoT. This can work by letting single 5G-enabled devices connect to the Internet directly and independent from any central WiFi or other local networks that gets its pooled Internet connection from your Modem/Router.

When could this happen?

This is only speculation based on the technology and user behavior of today, but I think that there might be no generation of consoles after the next one. As I am currently expecting the next-gen consoles to arrive around 2020/21 and their lifetime to be roughly 7-8 years, I think they will drag on until around 2028. By that time it’s very likely that using 5G and the IoT is already a common thing.

It’s reasonable that such a development would cause disruption to the market and make other companies pivot to maintain their market share. For instance, it could be that Sony will attempt to go all-in on keep selling PlayStation consoles as they are now and keep the gamers who do not wish to change their behavior into a subscription-based gaming model. They could increase their focus on VR further to help that effort, but of course, it could also be that they will eventually fail with that strategy.

Perhaps Nintendo would pivot to focus on smaller gaming devices that resemble a mix of a Nintendo 3DS and a Switch probably. Family entertainment and portability is their play so that could happen. It might not be entirely failproof, but Nintendo might also try to attack the gaming smartphone market with a cute device for all those who don’t enjoy the bulky gamer design of the Razer Phone or the ROG phone.

Dedicated gaming hardware would decline if this scenario is correct and to a degree, this could also affect common smartphones and computers. In enterprises, it is already routine operations to provide employees with virtual workstations that merely connect with tiny computers that establish a network connection to their virtual instance. If such a trend continues to grow, the need for data storage, computing power, and RAM will decline on the side of the end-user device.

The only thing left that could be interesting is audiovisual specs, and increasingly important, Internet accessibility and speed. This would also mean that there is a lot less surge on your battery and therefore the demand in such would also decline or remain as is. All this would be interesting from a green perspective as consumers might keep their devices for a more extended period of time and thereby reducing electronic waste. If one wants to get a faster CPU, they would just opt for a more advanced subscription plan with their service provider.

Interestingly enough, I believe that if such a game-streaming service properly rolled out, the user experience would not change that much at all. You can still plug your controller or keyboard / mouse combo, use your headset, and have fun. There would be no fan noises, heat generation, and you’d require a lot less power consumption to play games like that. Standard environments have their advantages

Interestingly enough, I’m sure that game developers and software developers, in general, would appreciate standardized environments. While bugs and crashes still happen on gaming consoles, they are somewhat rare. That’s because console game developers can build their code to match a particular hardware set that’s the same for all users. When it comes to PC games, there are a million combinations of different parts that a gamer might have acquired and built together on his/her own. What does that mean for minimum requirements and compatibility?

For quality assurance and stability testing, this means a lot more complexity, and it’s nearly impossible for game developers to guarantee that their build is going to work on 100% of all hardware combinations out there. If the game service subscriptions would work out in the way as described above, the developers can focus on very few standard environments and make sure those are working fine with the game. This would most likely mean a lot fewer bugs and crashes for PC gamers and possibly a better game as the developers could spend more time on implementing exciting features or building more appealing effects for their games.

Of course, some people will cling to their hardware so “local-computing” could become a niche market in comparison to using the “gaming cloud”, just like vinyl players. As the mass production of such parts could cease to exist, prices are likely to go up for this group of people. How about you? Would you like a subscription model like that if it really worked well? Would you rather keep your blackboxes? I’d love to know your opinion. Let me know what you think by sharing your comments below. Many thanks!

Photo credit: The feature image “gamer in front of gaming rig” as well as the “event photo with gamers” was shot by Emily Lee for CU Boulder Gaming/Esports. The remaining images have been photographed by Christopher Isak, at the IAA, for TechAcute.
Editorial notice: This article is a personal opinion of the author. There is no guarantee that any or all of these projections will happen as described in the above scenarios.

Christopher Isakhttp://www.christopherisak.com
Hi there and thanks for reading my article! I'm Chris the founder of TechAcute. I write about technology news and share experiences from my life in the enterprise world. Drop by on Twitter and say 'hi' sometime. 😉
Previous articleTU Delft Plans Digital ID Solution in the "Trustchain" [Video]
Next articleResident Evil 2 Remake Coming in 2019 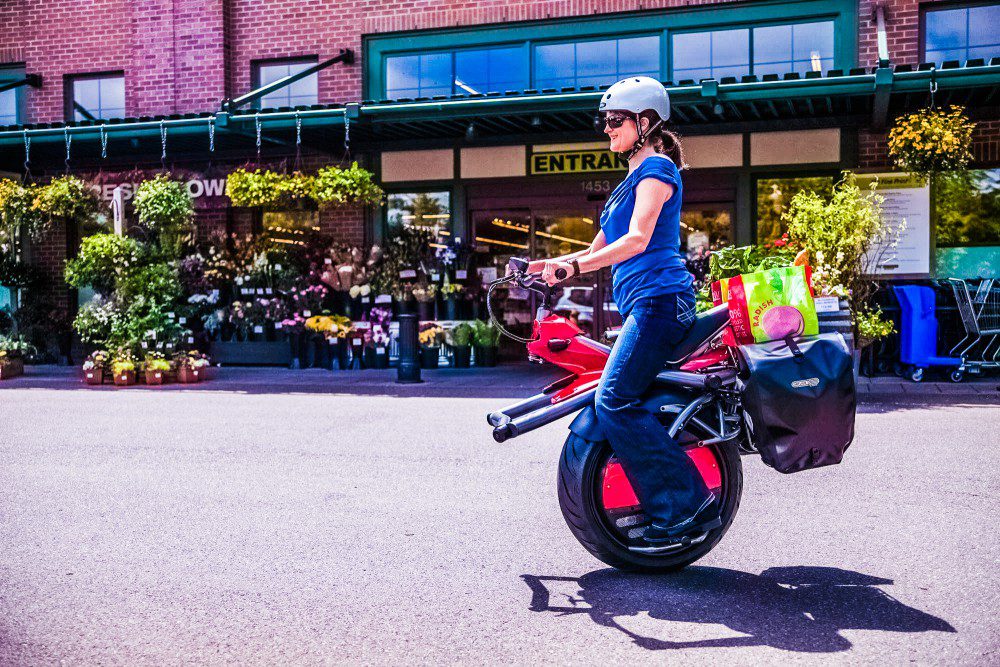 Ryno: The Coolest Unicycle Around 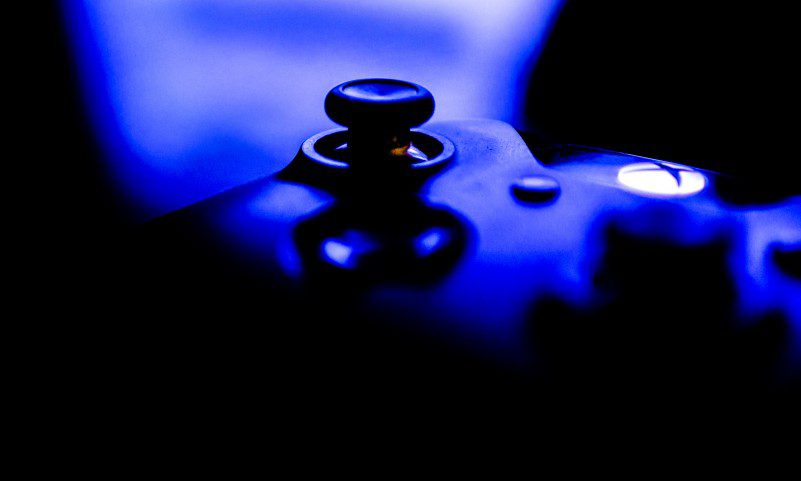