Samsung is known for its innovative inventions and gadgets. From virtual keyboards to soundbars, their advancements in every category of home appliances have brought about a revolutionary change in the industry.

Recently Samsung unveiled the AirDresser, an innovative appliance that can sanitize and store your clothes. This functions as both a wardrobe and a washing machine at the same time. The appliance is also stylish and sleek, staying true to the Samsung brand name.

However, this is not the first attempt at this technology, and one can’t help but compare. While the AirDresser does seem unique, a startup company previously released RefresherBoxx with a lot of similar functions. 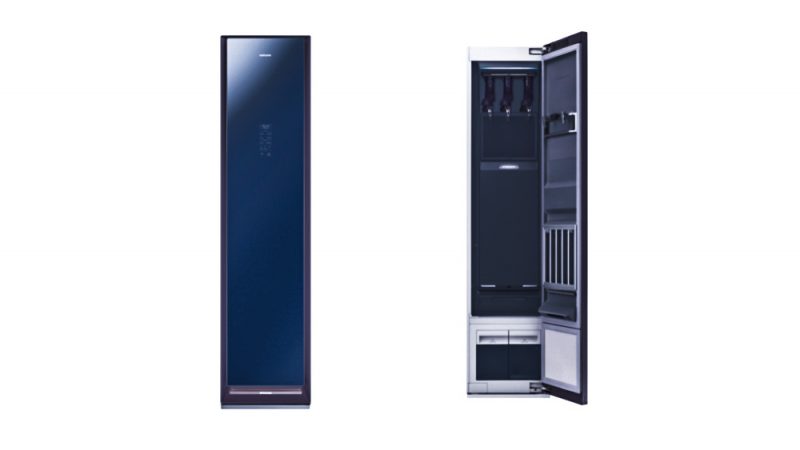 A company called Infinity previously Kickstarted the RefresherBoxx sometime in 2018. That’s more than a year at least than the AirDresser. Aside from that, one can argue that it is better. The Refresherboxx can serve as a substitute for washing machines and act as a wardrobe. It can also store and clean shoes.

The RefresherBoxx differs from the AirDresser as it uses UV light and ozone instead of steam to kill bacteria. The heater also dries the clothing and gets rid of wrinkles and creases. The whole process also takes 30 minutes to complete.

The Refresherboxx has two versions: the standard and the premium. The Standard Refresherboxx is significantly smaller than the AirDresser. This allows for the box to be portable, but it also sacrifices its storing capabilities drastically.

Meanwhile, the Premium version is made more for clothing and is much taller. The intended purpose was to use it in conjunction with a wardrobe. This is something that the AirDresser has the upper hand on as the unit of the AirDresser is significantly larger, allowing for more storage than the RefresherBoxx. 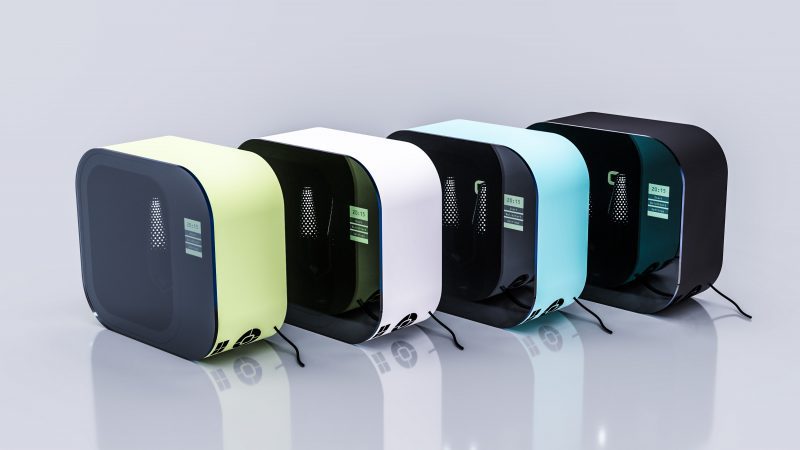 Refreshing attires with the AirDresser

In comparison, the Samsung AirDresser uses compressed air and steam at high pressures to remove germs and dust from clothing. Once a piece of clothing is stored in the AirDresser, the user can initiate the system and wait as it does its magic. Its Jet Air and Air Hangers release high-pressure air to remove dust without being as loud as a traditional washing machine. The JetSteam gets rid of bacteria, germs, and other viruses by releasing high-temperature steam into the unit.

The AirDresser also can remove odor from clothing without having a build-up of unpleasant smells inside the unit. It can do this without any expensive detergents or cleaning products. On top of that, it also results in clothes lasting longer as they aren’t treated in as harsh of conditions as that inside a washing machine.

Both appliances are amazing for daily use and can prove to be extremely helpful. The functionality with the added benefits of remote control via WiFi is the perfect blend of innovation and contemporary design. If you’re interested, you can opt to preorder the RefresherBoxx or buy the AirDresser worth £1,999.00.

Photo credits: The feature image has been taken by Lauren Fleischmann. All other images are owned by Samsung Newsroom and RefresherBoxx and were intended for press usage.
Sources: Samsung Newsroom / Refresherboxx Kickstarter