Home Business Tough: Keep Dreaming and Never Give Up
BusinessFeatLifestyleGeekGeneralWorking

Tough: Keep Dreaming and Never Give Up

From time to time, I read a book, watch a movie, or listen to a song that changes me. Sometimes I can even explain that experience, and when I can, I try to share it with you. This time I want to share a song with you along with a music video that’s both touching and inspiring.

Today I want to talk to you about the Taiwanese band Mayday (五月天) and the music video to their song Tough (頑固). This is going to take a while, but I am hoping that you’ll like what you’re reading and, of course, be invited to just skip ahead to the video below if you’re not that much of a reader.

We live in tough times

The story starts with a man who visits a convenience store to buy food. But even though he doesn’t have much money, he is recommended to get a science magazine by an imaginative astronaut instead.

The journey begins, and a dream starts to take shape. The protagonist seeks to build a rocket and launch it into space. Though, actually, this man is not working at a space exploration organization. He is seen cleaning an office building. He is overlooked by the others and not paid attention to.

And that does not appear to be his only job. He also works at a construction site, not as a civil engineer in the planning office, but carries loads and does physical labor. He is not respected here either but hit on his helmet by his foreman.

In the evening, he seeks to keep dreaming, but there is no rest for our dreamer. In what appears to be his third job, he cleans the cooking utensils at a street restaurant and is clearly reminded by the lady there, that he is not meant to dream but do his work.

But after all the drama of the day, he is finally able to continue dreaming, putting together the spaceship of his dreams with the company and support of the astronaut. While his day jobs don’t seem to be rocket science, this sort of engineering here, certainly is.

Trying to catch a bit of sleep in his bed, he wakes up from the noise that comes from outside. He runs out only to find some hoodlums wondering about all the engineering that takes place in some guys backyard and what people don’t understand, they destroy. Our hero runs towards them to drive them away but ends up getting a beating from the people who don’t dream.

Persistence can change everything

He is hurt outside but even more inside. The science magazine that started it all was stepped on and is dirty. The astronaut wants to encourage him after this, hands him the magazine, but our dreamer is upset about the setback and the reactions of others, but he manages to gather new strength and start into the new day. His energy and aura have now changed. The dreamer persisted.

Back in the office building, he starts his workday anew, but now he is not overlooked anymore. A young employee shares his meal with him and respects him. They exchange smiles and continue their work.

Later that day, at the construction site, an important engine is failing. Because of his studies in engineering and because of his newly found confidence, the laborer helps out and fixes the contraption to everybody’s surprise. He is not bitter with them. Even though they mistreated him, he just wanted to help and fixed the system even though it was not his responsibility at all.

More dream-fulfilling work on the rocket takes place, and people see the character behind the laborer more clearly. It’s a person with weaknesses and strength had might have a lot of skill and potential but never a good opportunity to realize that in his life. The street restaurant lady as well sees more in him now and provides him with a meal. The days and nights go on like that, and the spaceship is close to getting finished.

The engines are fueled, and the time for the launch has come. The astronaut prepares for what is his job – to ride that rocket into space. Before these two part ways, the astronaut pushes up his helmet’s visor and reveals his identity. It is the dreamer himself, as a child. They exchange salutes and get ready.

The rocket launches, and the shuttle soars into the sky in the skyline of the city. Everybody can see that the dreamer had completed his project. And as they witness the launch, they are reminded that they too, used to be a dreamer at some point in their past but somehow lost track of what they aspired to be.

The young professional in the office building sees his young self, who always wanted to be a professional baseball player. The woman from the street restaurant sees herself as the winner of a beauty pageant, who worked hard to achieve that. The girl from the convenience store where our protagonist bought his science magazine that day also meets her younger self, wearing a black leather jacket and being herself.

The foreman from the construction site watches the launch in awe and strikes a pose. Only to then see the young boy that he used to next to him doing the exact same pose in a dancing dress. He as well had no ambition to work in construction. He wanted to be a dancer.

Everything seems to have worked out, but what is that? The rocket appears to have issues, struggles in mid-air, and then explodes to a million little bits in the sky like a big firework. While watching, I already have a bit of a teary eye now. What happened?

The protagonist rushes to the site where the rocket came down and looks everywhere for the astronaut. He collapses in tears as he goes through the wreckage of his dream. But the astronaut made it. Somehow he survived and manages yet again to give our dreamer affirmation and new power to keep going. The astronaut smiles. He holds the latest issue of the science magazine and hands it to his older self.

What can we learn from this?

We may age. We may get lost on our way. And we may even forget about our dreams in the process. But on the bright side of things, we also learn that it’s never too late to remember your passions. It’s never too late just to grab that science mag and delve again into what we used to live for. We learn that people who have a passion for something shine brighter than those who forgot what they are after. We learn that we might fail, very likely will fail, but that we can still keep going. If we don’t stop ourselves from dreaming, who possibly could? Nobody. Stay 頑固 Tough!

Now, you might not understand the lyrics of the song, but I still recommend to watch the music video of the Taiwanese band Mayday to feel this experience with me. What could be possibly a better time for such a theme than the end of one year and the beginning of a new year? Per aspera ad astra. Enjoy!

Photo credit: The feature image and the GIF animations are all part of the presented music video and are owned by Mayday.

Christopher Isakhttp://www.christopherisak.com
Hi there and thanks for reading my article! I'm Chris the founder of TechAcute. I write about technology news and share experiences from my life in the enterprise world. Drop by on Twitter and say 'hi' sometime. 😉
Previous articleTech and Advocacy: How Today’s Youth Are Speaking Out
Next articleThe Internet of Senses: The Technology of the Future 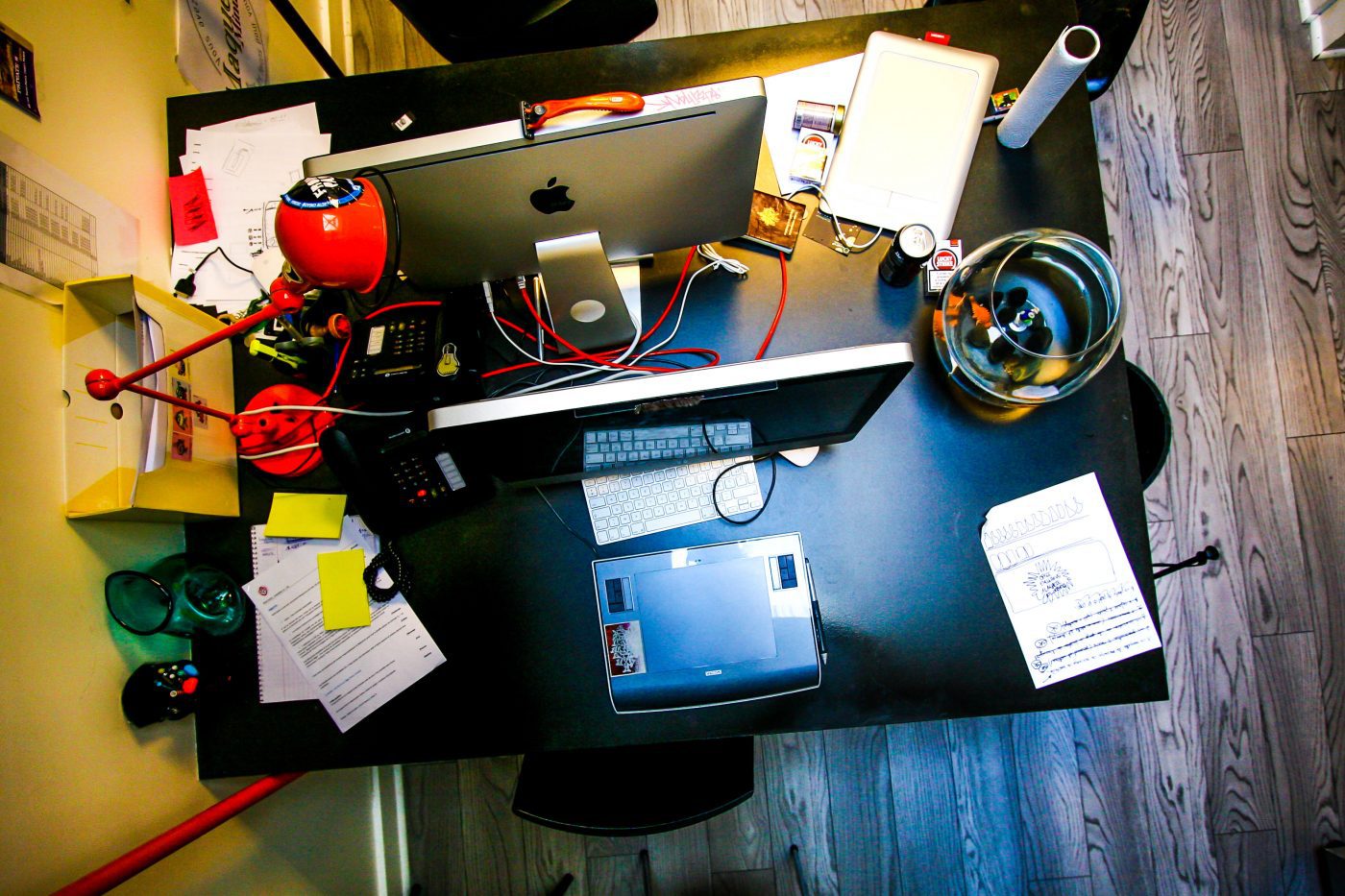