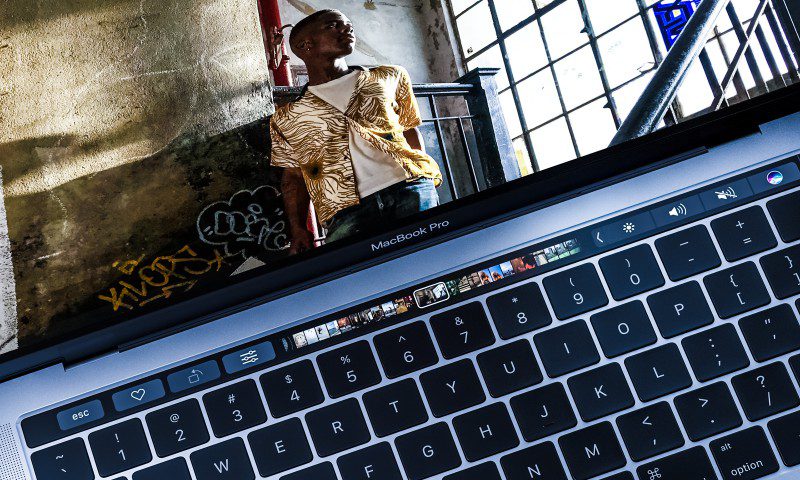 27-October, Cupertino – Apple’s history of stripping back of buttons and gadgets takes a back seat as the new MacBook Pro notebooks get a Touch Bar smart screen.

The highlight of Apple’s fall hardware refresh was the much leaked Touch Bar on its new Core i7 powered MacBook hardware. The feature itself is a strip of glass in place of the usual function keys. With multitouch, it can provide dedicated features for apps, media controls and even a range of emoji for when you want to play at social media.

The whole idea might have Steve Jobs turning in his grave, as it yells gimmick and adds complexity to the product. However, in the post-Jobs era, Apple feels the need to add spangly features that it can shout about, rather than letting a solid product do the talking. Is the highjacking of the typical Style or Format bar from a menu or widget really worth Apple getting all excited? We’ll see when the product hits the market in mid-November.

Other features on the new MacBook Pro devices include the welcome addition of Touch ID, located in the power button. There’s also a brighter display, bigger jumbo-sized trackpad, and more power with Intel’s Core i7 processors and Iris Graphics for more grunt.

All of this comes in a sleeker, lighter design, as Apple continues to unnecessarily push the engineering boundaries. Have they not learned from Samsung, that pushing everything thinner will eventually result in a Breaking Bad scenario?

Either way, the new models, will presumably remain highly popular, profitable (for Apple) purchases, even as overall Mac sales continue to fall. Apple sold 4.3 million Macs in Q3 2016, generating revenue of around $5.2bn while most PC makers barely scratch out a profit.

Chris Knight
I've been writing about technology. PCs and mobile for over 10 years, covering news, tutorials, reviews, comparisons and other pieces across magazines and websites.
Previous articleBMW Turns 100, Plans Vehicles for next 100 Years [Video]
Next articleCan We Learn and Grow or Are We All Stuck?

You Are Wasting Money with Your Google Ads Campaign but Here’s...