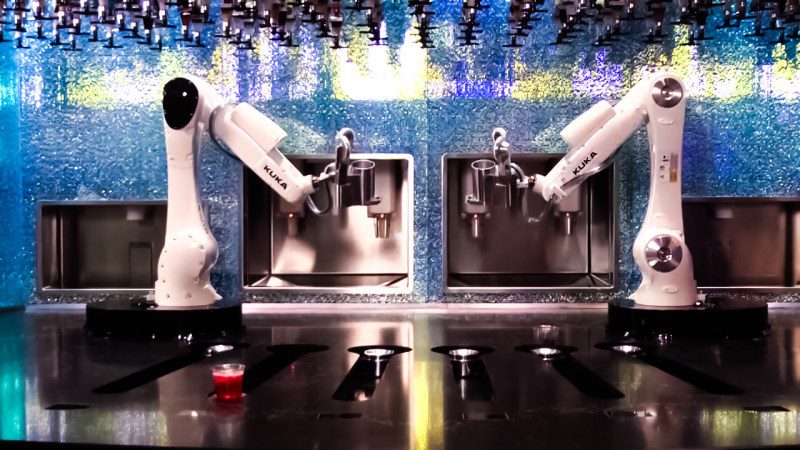 Usually, when you think of Las Vegas, all kinds of words pop up in mind – casinos, hotels, bets, cheap chapels, et cetera – and yet, for some reason, technology and innovation seems to be an antonym of the worldwide famous “Sin City.” This might change, however, with the aperture of what is claimed to be the first land-based robot bar not only in the whole city but of all the United States too: Tipsy Robot.

Now located at Miracle Mile Shops at Planet Hollywood, Tipsy Robot is the first bar to fully employ two robotic bartenders – electronic arms, to be precise – in charge of the drinks. Although this is not entirely an original idea, this is the first time the concept has taken a step on the mainland. According to the man behind the idea – and also vice president of food and beverage in Caesar’s Palace –, Rino Armeni, believes this is the only way for innovation in the city and sees the robots not entirely as “workers,” but rather as entertainment. And Las Vegas, he rightfully thinks, was the best place to mix alcohol and entertainment in such creative way. “It’s not just a bar — it’s also an attraction and entertainment,” he told Las Vegas Sun.

The robotic heart of the bar

The site doesn’t shy away from the bots’ talents. According to it, they’re equipped with 16 sodas and juice lines, syrup and ice dispensers, fruit cutters, granular ingredients, over 100 liquor bottles and, why not, endless dance moves for you to enjoy!

These iconic robotic arms, both hailing from KUKA Robotics Corporation, a leading German supplier of robot technology and system engineering, are completely customizable and can operate independently from each other. Their work area is a futuristically designed platform that contains all the systems and utilities they need, with enough space for them to move around as real bartenders would.

Perhaps the primary appeal from these robotic arms is the very heart of their being: the Tipsy Robot app. Naturally, because robots don’t have an ear to listen to your orders and woes (yet), the only way to thoroughly enjoy the Tipsy Robot experience is through this handy app that allows the users to process their requests through one of the 33 tables scattered around the bar.

Although the bar itself offers a variety of drinks and beverage recipes, the users can also create their very own recipe or even modify existing ones for their own like with the help and customization this app offers. What makes this whole experience worthwhile is that you can create your very own profile in the system and even name your drinks for a later order, transforming what could have started as a mere curiosity visit to the bar into a potential routine that will always be waiting for you.

Mankind not yet lost

Robots can do a lot of things, yes, but they can’t certainly place a simple straw in your cup! That’s still a human task, naturally, and the bar is honest with this.

According to their website, the “human bar” is there just in case, and I quote, “our robots intimidate you.” It serves a more fixed beverage menu and, unlike the robots, can actually lend an ear to your problems. Also, and for those menial tasks the robots can’t perform, they’re assisted by waitresses called “Galactic Ambassadors” and an occasional technician, who will help them keep themselves functional.

“The robots are the attraction — the people will come back for them (the employees),” Armeni told Las Vegas Sun. “The human part to this is still as important as the robotics. Our staff is about the loyalty to the customers.”

Maybe the only part in where humans and robots agree with is that both might ask for a tip too. A standard one-shot drink with the robot baristas will cost $14, with tax and gratuity included, while extra charges might be added for additional shots and garnishes… Yeah, don’t ask.

So if you ever take a trip to Las Vegas, it might be a good idea to visit Miracle Mile Shops and meet the way alcoholic beverages have reinvented themselves. With Tipsy Robot, sin has taken its step into technological innovation as well. See you in Vegas!

Valerie Rodarte
An aspiring writer who just happens to be a gamer. You can find me most of the time in front of a screen, if not writing the first thing that pops up in my mind, at least playing ‘till the end of the night.
Previous articleVideo Games Top 10 (October 2017)
Next article6 Games I Always Keep on My Smartphone 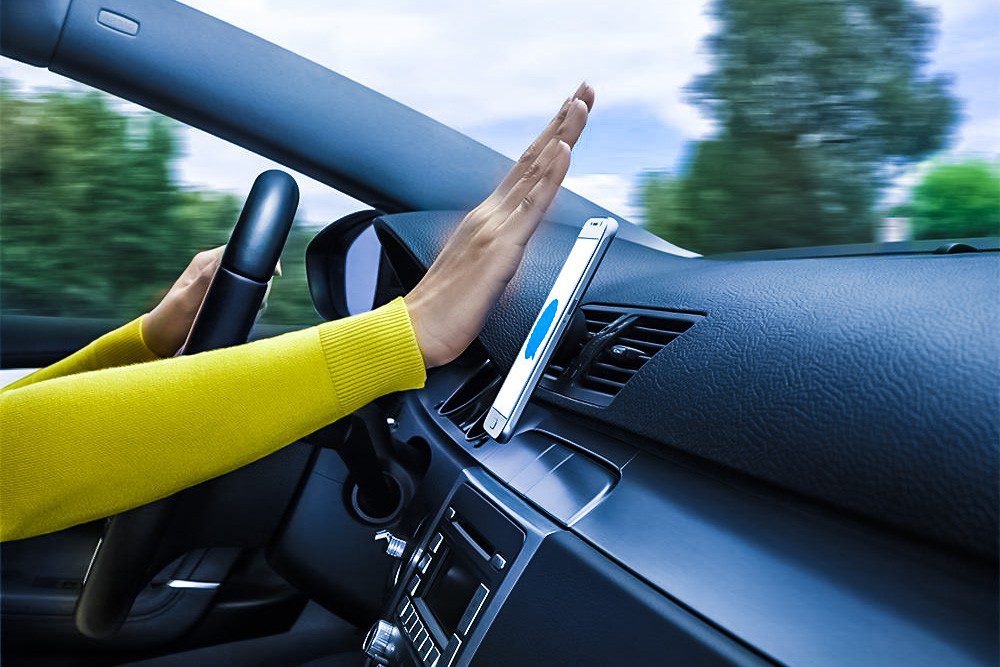