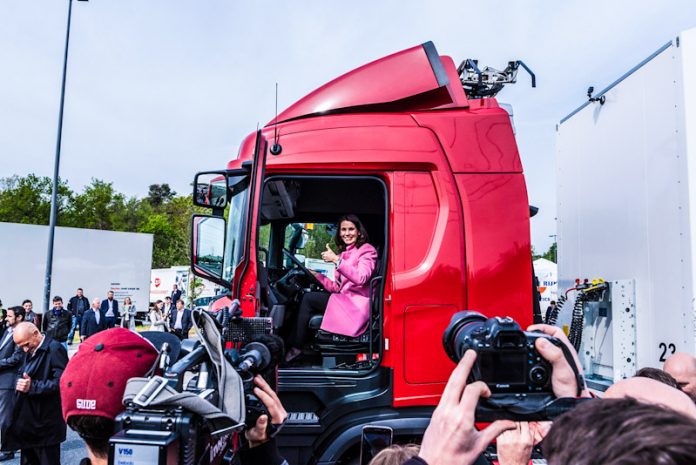 In this day and age, we are all trying to give our own contribution to reducing environmental pollution. It’s nice seeing our friends and neighbors do it, and encouraging to witness governments make the effort to improve the situation. For instance, the government in Germany has initiated a move to curb emissions from vehicles with an eHighway project called ELISA.

The Federal Ministry of Environment funded the project and teamed up with Siemens, the company which started testing the concept in Germany back in 2012, to develop the technology. Thus, eHighway project ELISA (Electrified Innovative Heavy Traffic on the Autobahn) was born. 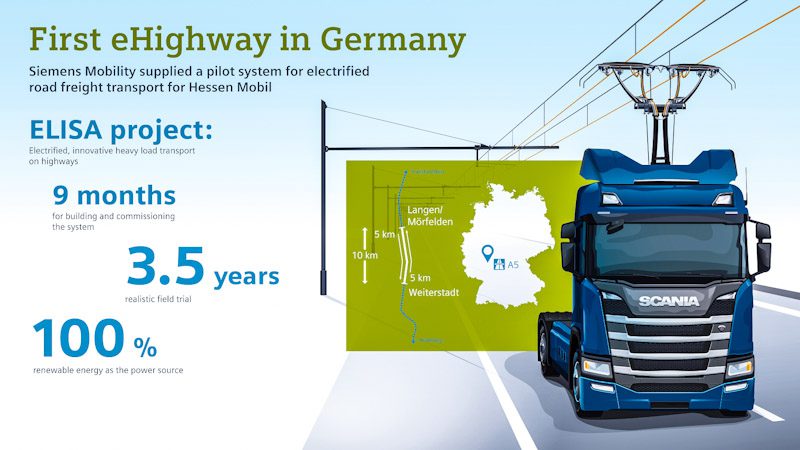 In December 2017, the people behind project ELISA tested trucks with pantographs (the apparatus mounted on the roof of a vehicle which collects power through contact with an overhead line). The tests took place on the Autobahn 5 in the State of Hesse, making it the first of its kind to take place on a public road in Germany.

For the trucks to work, electricity pylons were installed along the road. These pylons power the electric motor and charge the battery. The battery allows the truck to continue driving electrically after undocking. In the event that the battery goes low, the hybrid engine can continue running on diesel. 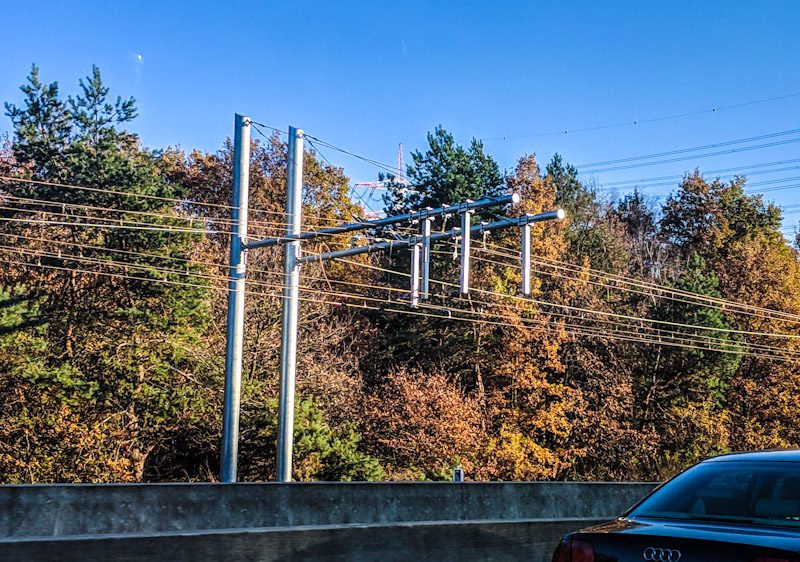 In October 2018, the Ministry of Transport of Schleswig-Holstein has made moves to implement project ELISA on the A1 federal highway. They worked alongside the Ministry of Environment to start the eHighway project.

Aside from that, a team from the Research and Development Center of the Kiel University of Applied Sciences has also participated in the field tests for the project to work in Schleswig-Holstein. The project also encompasses the work of SPL Powerlines, and the State Road Construction and Transport of Schleswig-Holstein. Soon, Baden-Württemberg will also follow suit in testing out the project.

Experts say global CO2 emissions from road freight traffic will more than double by 2050. Modernizing the existing system and turning it into an electrified truck system could reduce these harmful emissions. According to Siemens, the eHighway should be twice as efficient in comparison to pure combustion engines which would reduce emissions along the test track. 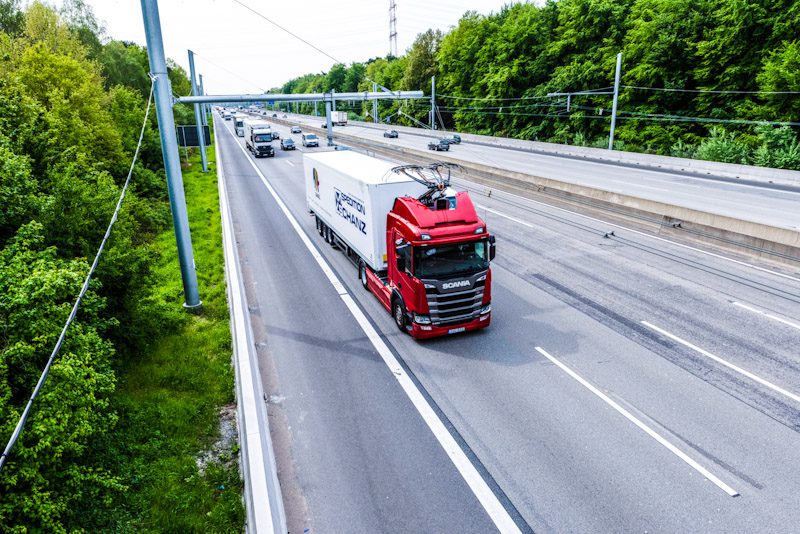 For now, there are a lot of open questions. One of them is how dense the overhead line will be. Another is whether the purchase of trucks with these capabilities will be economically viable. Meanwhile, Siemens also plans to introduce electrified freight transport in mines. For now, feel free to watch a visual of how the ELISA project works below.

Photo credit: The test track photo has been taken by Christopher Isak for TechAcute. All other images shown are owned by Siemens and were provided for press usage.
Sources: Siemens / The Local / Michael Grothaus (Fast Company) / Jack Unwin (Power Technology) / Under2 Coalition

How Green Are Tesla Electric Cars and How Could They Help the Environment? 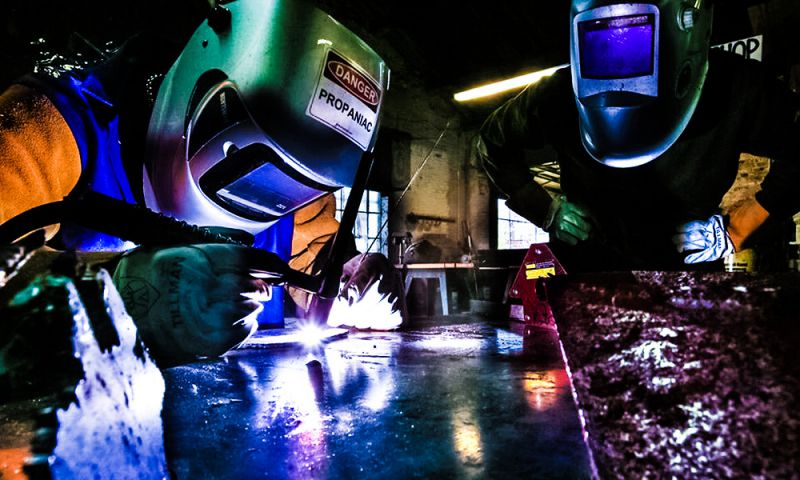