Check Out All the New Tech in the 2020 C8 Corvette

The Chevrolet Corvette certainly is one of the most iconic American cars in production. Vettes are classics, with more than 50 years of heritage, but that doesn’t mean they’re stuck in the past. With the newly unveiled 2020 C8, Corvette has given the automotive world a taste of the future.

Its stunning new design isn’t the only change you’ll find in the C8. The sports car comes with all sorts of tech you won’t see in any other Corvette. Whether or not you’re a car person, you can appreciate all the new techy features in the C8.

In the driver’s seat of the C8 Corvette

The interior of the C8 looks like it came from the cockpit of a fighter jet. The first things you’ll notice when you sit in the driver’s seat are the two LCD screens in front. One sits behind the wheel, replacing a traditional instrument panel, and the other, an entertainment center, is in the middle.

On the right of the driver’s seat is a wall of buttons, offering various climate control options. You’ll also find four preset driving modes and two customizable options. They allow you to change things like suspension, brake response, and even engine noise.

The entertainment center can do more than just entertain, offering features like navigation tools. Inside the new Vette, you’ll also find built-in Wi-Fi and no fewer than 10 Bose speakers.

Not all the new tech is in the interior. There are some marked improvements under the hood, as well. “Under the hood” is little more than an expression here, because that’s not where the engine is anymore. That’s because the C8 is a midengine car, a first for Corvette.

There’s no traditional stickshift option for the C8, but it does come with a dual-clutch eight-speed automatic transmission. Two manual modes allow you to switch gears yourself with paddles on the steering wheel. The C8 also comes with cylinder deactivation, which turns them on and off to reduce vibrations and increase mileage.

The engine itself is a 6.2-liter V-8, the same size, and configuration as the previous generation. That’s where the similarities end, though, as the new transmission and design give the C8 35 more horsepower and better torque.

Traditionally, American muscle cars tend to have leaf spring suspension, but the C8 mixes it up. Instead, it comes with Coilover shocks, as you’d find on a proper racing car. For some extra money, you can upgrade the suspension even more.

The Z51 performance package brings some additional upgrades, including magnetic ride suspension. This isn’t necessarily a new technology, but it is new to the Corvette. If you’re not familiar, this system involves using magnets to give you more control over how the ride feels.

The C8’s mag ride system also includes sensors so it can adjust automatically. It will detect road quality to give you the most comfortable ride possible. For additional convenience, the C8 also lets you raise the nose with the press of a button, so you don’t hit any speedbumps.

Rearview cameras are pretty standard these days, but the C8 features two cameras, one in front and one in the back. As you’d expect, the rear-facing one helps you back out of parking spaces, but that’s not all. You can choose to show the display from this camera on the rearview mirror, giving you a better view of the back.

The front-facing camera can record while you’re driving, a helpful tool for racers and those concerned about insurance. Recordings from this feature can show more than just video, including speed, G-forces, and braking patterns. These cameras play into a handy safety feature.

With “valet mode,” both cameras will begin recording whenever the ignition starts. That way, if anyone else drives your Vette, you can see exactly what they did.

The 2020 C8 Corvette is a landmark for American sports cars. It’s not just a marvel of engineering, but one of technology as well. With the C8, Corvette has gone beyond relying on its legacy and stepped into the future.

From safety features to improved driving to comfort, the new Vette has tech for all sorts of things. In today’s digital age, even cars are packed to the brim with gizmos and gadgets. 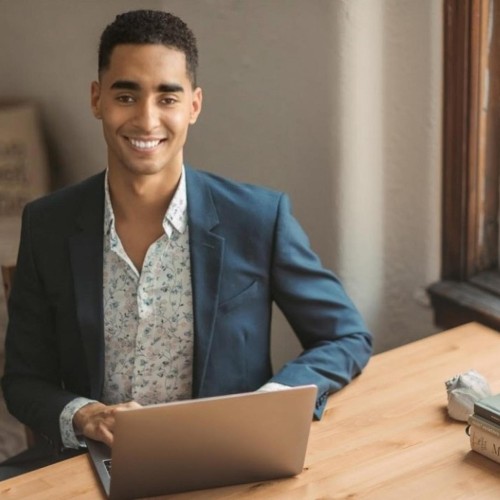 Martin Bankshttp://www.modded.com
Martin Banks is a writer who covers the world of tech. He's also the Founder and Editor-in-Chief of Modded.