Home Gaming Many Colors: What's It like to Be Part of the Xbox Ambassadors?
GamingLifestyleGeekGeneral

Many Colors: What's It like to Be Part of the Xbox Ambassadors?

Did you know that Microsoft has a community program to let gamers share their experiences and connect with others? I didn’t until a little while ago when I saw their tweets coming from their booth at the PAX East conference. They are called Xbox Ambassadors and their main purpose is to make gaming fun for everyone.

I have seen only a few community programs that were initiated by a corporation, let alone a program that has lasted longer than a few years. The Xbox Ambassadors program has been around since 2011 and continues to have a growing community passionate about gaming. I wanted to join the Xbox Ambassadors to find out what they are all about. Being a gamer who plays on the Xbox, it initially made sense to me, but would I even be allowed to join in? They have a gatekeeping process in place to ensure new community members are upholding the same values and standards of what it means to be an ambassador; a passionate gamer who is inclusive and enjoys helping others in the gaming community. But how does it work? 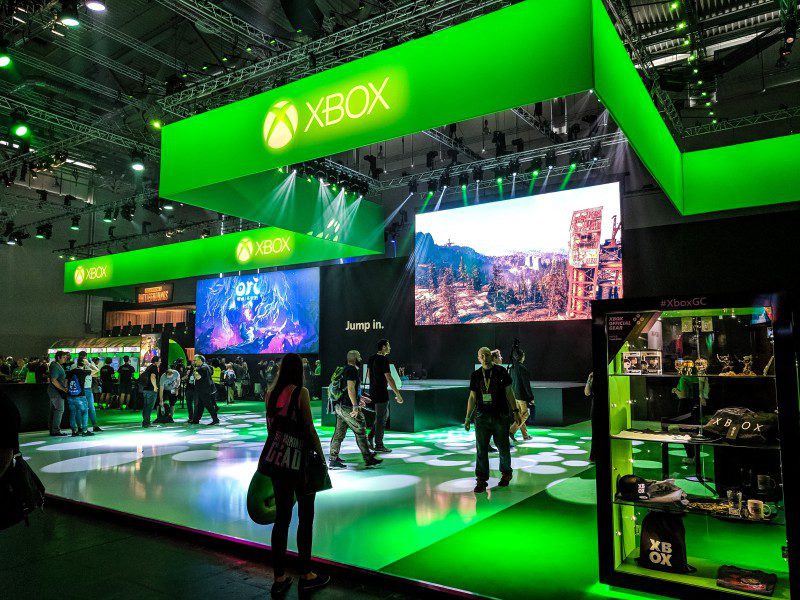 So, who can really join the pack of merry gamers? Here’s what you need to comply to in order to fulfill the requirements of joining:

The first two requirements are easy to grasp but what does the third entail? Enforcement action is when a player on Xbox has engaged in inappropriate communications with another player. This may include harassment, abusive language, hate speech, profanity, disruptive or offensive language, spamming, or other inappropriate uses of Xbox Live communications features. Luckily enough my account has passed all the requirements instantly and I got the green lights to join the Xbox Ambassadors.

What do you get in exchange for joining in?

As with any kind of community, you can get as much out of your experience as the effort that you put into it. Just signing up won’t do any good to you or your account. In order to get the best experience out of the Xbox Ambassadors program you’ll need to be active within the community; make friends, play with others, and help new gamers. And the best part? You don’t have to figure this out all on your own. The Xbox Ambassadors program has set up a website to help you learn the ropes.

They give you a starters manual called “The Handbook” that explains everything. They give you a dashboard to get an overview of what’s what, and they provide you with missions in order to gather XP to reach higher tiers. Gamers are able to collect sweepstakes tickets which they can use to unlock Xbox prizes and rewards like Xbox consoles, games, Ambassador-branded swag, and more. Each week, the prizes are announced and you are able to submit your sweepstakes tickets into the drawing. The more missions you complete, the more sweepstakes tickets you can earn, and the higher the chance that you’ll win something.

But now to the true value of it all

Winning prizes is sweet. No questions asked here. And yet, I find that the true value of the Xbox Ambassadors community is the community itself. The people that are doing this. Not only the Microsoft employees that drive engagement of course but each and every member that you can see gaming with you or talking with you on Twitter. The people who help you out in a pinch. The people who have made the #XboxAmbassadors hashtag such a positive place to check into on Twitter for example. 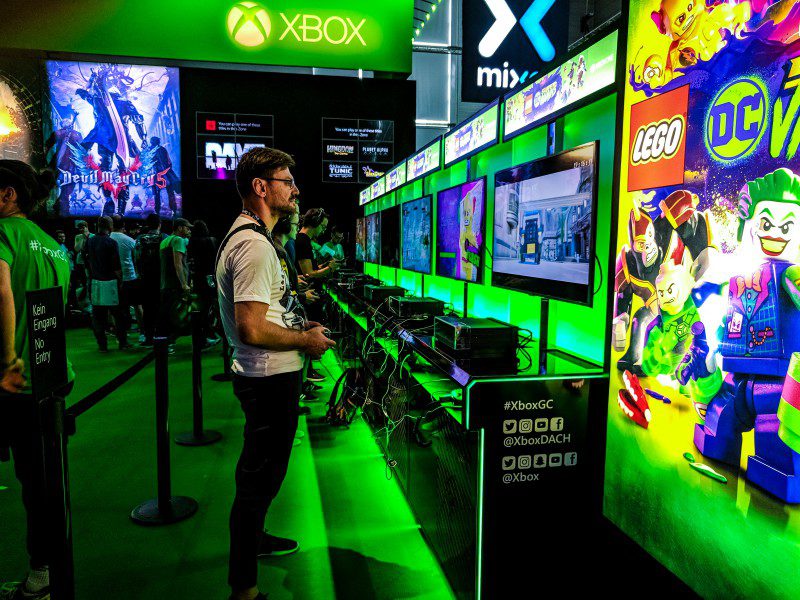 When I joined, I thought nothing of it and posted a quick update on Twitter because I was excited about it all. I did not expect a reaction from anyone really but it was a huge friendly and warm welcome from many people that hit me. That was a surprise to me but I liked talking with all the people that reached out there on Twitter. I believe that everybody in this community would try their best to make your whole gaming experience a much better one, for as good as they are able to.

What happens in the community?

Being a journalist and reporter, I can be inquisitive at times. That’s just part of the job and that’s okay. Even if I get no reply, that is also ok. So I asked the #XboxAmbassadors about their personal feelings and experience that they had. Yet again, to my surprise, I received many responses that were all so interesting and relevant to hear.

I wanted to share a few of these stories with you right here in the article but feel free to delve into the whole thread if you want to see more of it all.

I just joined the program and it is so far AMAZING! It is one of the most solid, friendly places to communicate with fellow gamers. There are tons of opportunities to help others and you can do it at your own pace. I can't wait for my next "mission" ! Haha

So what do you think? If you’re an Xbox gamer and want to jump into a space of positivity and meet new friends, the Xbox Ambassadors might be a good place for you. Whether you’re just gaming, chatting away on Discord, or hitting away tweets on Twitter, it’s worth trying out in my opinion. Have fun gaming and be excellent to each other! 😉

Photo credit: All photos used were taken by Christopher Isak for TechAcute.

Christopher Isakhttp://www.christopherisak.com
Hi there and thanks for reading my article! I'm Chris the founder of TechAcute. I write about technology news and share experiences from my life in the enterprise world. Drop by on Twitter and say 'hi' sometime. 😉
Previous articleFighting Housing Shortage with Local Biological Materials
Next articleRabbit Holes and the Masters of Procrastination [Video] 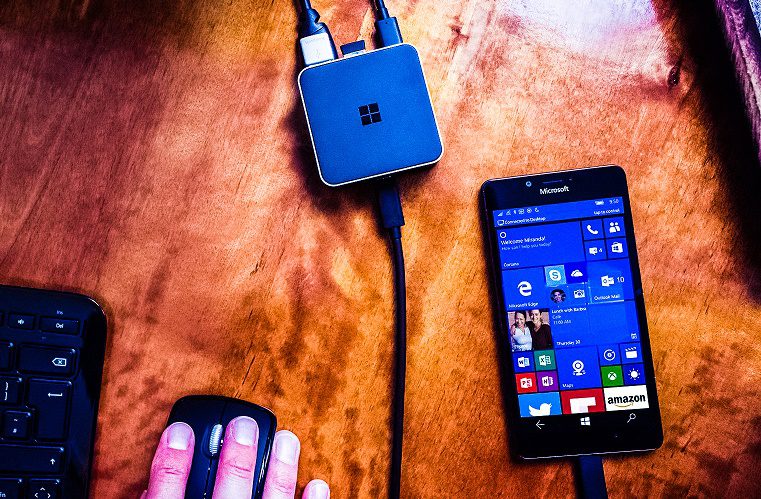 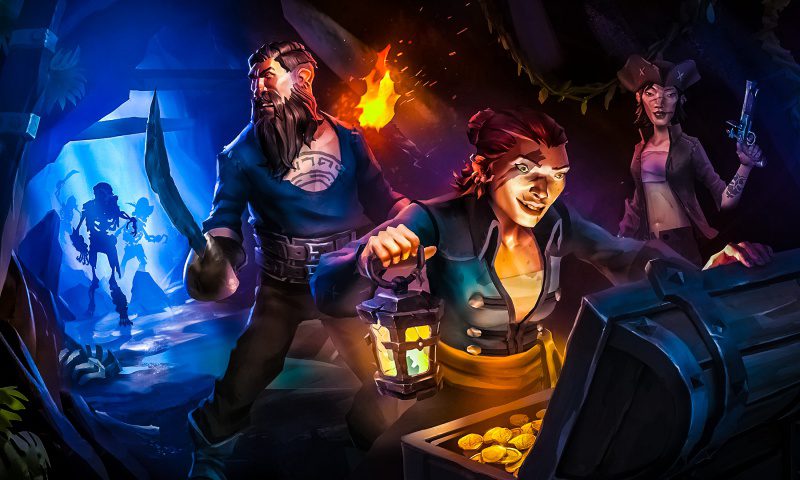 Ahoy, Mateys! The 'Sea of Thieves' Review Is In