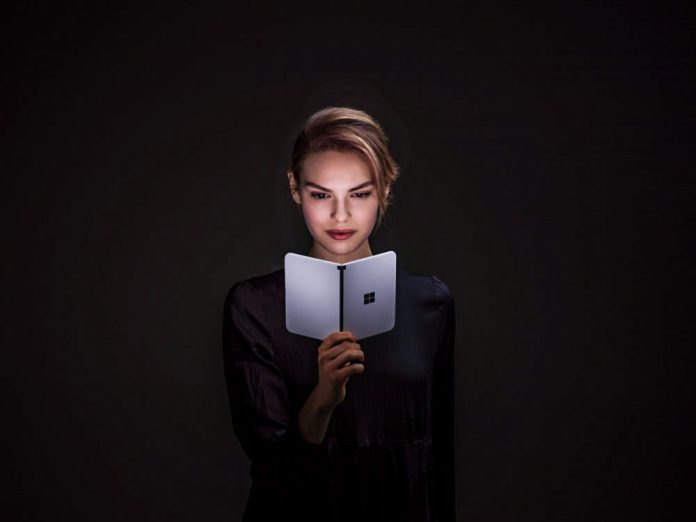 Microsoft envisioned a future of building devices with unique form factors and recognizing multiple touches which led to the launch of its first line of Surface computing devices in 2007. It is a 30 inches display with a table-like form factor that was made available to different kinds of establishments and venues. The device was meant to be used by multiple users at the same time through touch and gestures.

The Surface products became available for mass purchase in 2012 with its first Surface hybrid tablet’s launch, a 2-in-1 tablet with a detachable keyboard. The current lineup includes hybrid tablets, 2-in1 detachable notebooks, all-in-one convertible desktops, and other touchscreen-based devices. 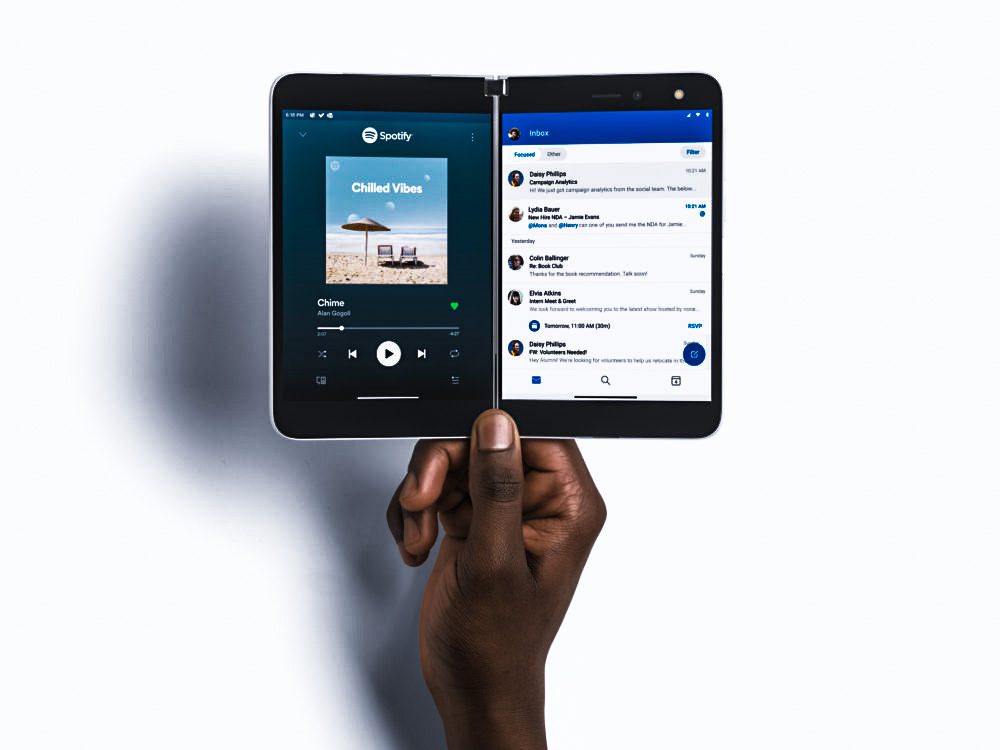 The latest addition is one of the much-awaited and most talked-about mobile devices since its announcement in 2019, the Microsoft Surface Duo. During the Surface event, Microsoft’s chief product officer Panos Panay described the device as “the Android you know, and the Microsoft you love.”

The Surface Duo comes with the Android 10 operating system. While most of the other 2020 flagship phones are 5G-enabled and come with Snapdragon 865 and 865 plus processing chips, the device comes with the Snapdragon 855 processing chip. To this Microsoft said, “the Snapdragon 855 was the perfect solution when Surface Duo was first in development more than 2 years ago, and the stability of the platform and performance in the market allowed us to get to market in a timely manner. It harnesses the best in 4G connectivity, delivering the fastest 4G speeds available today.” 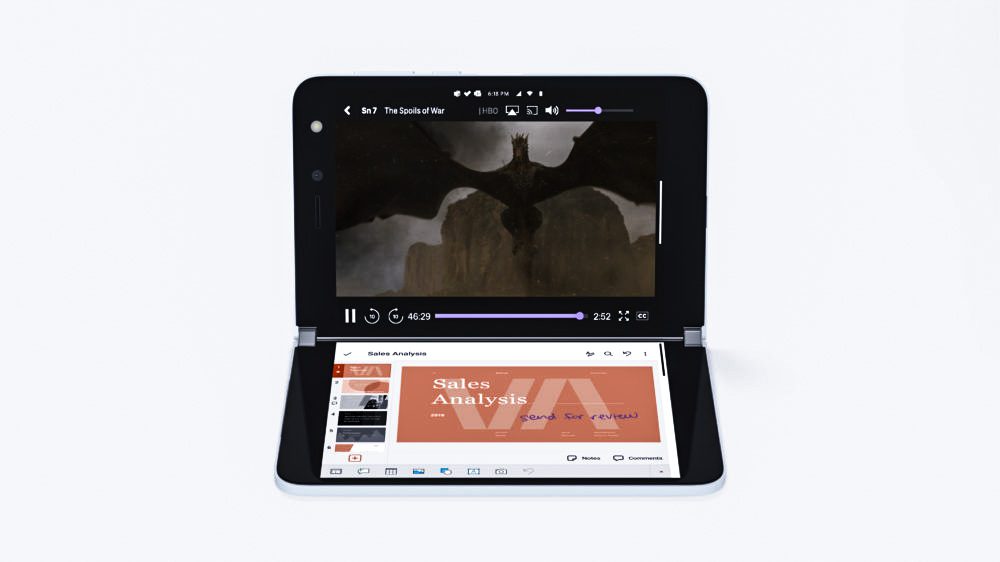 Microsoft pointed out that the Surface Duo’s hinge connecting the two 5.6-inch OLED displays is the innovation behind this device. The hinge allows the device to rotate 360 degrees in various viewing postures such as reading mode, tent mode, and so on. The device also has sensors and antennae that identity the posture in which the device is being held and changes the system configurations accordingly.

The Surface Duo has both its displays installed with different batteries, which measure up to a total of 3,577mAh and will last a day. The device comes with a lot of pre-installed Microsoft, Google, and other apps. The apps can run simultaneously on the device. You can also group two apps, such as Twitter and Instagram to view them together or even take notes while reading a book.

The Surface Duo is thin and lightweight, with a combined thickness of both the Surface Duo screens at 4.8mm with a weight of 250 grams. The device certainly looks sleek with its simple and neat design.

It is now available for purchase at $1,399.99. While most of its contemporaries, such as the Samsung Galaxy Z Fold 2, iPhone 11 Pro, and OnePlus 8 Pro offer a wide range of features at a lower price, the Surface Duo 2 does not compete with other smartphones. According to Microsoft, the Surface Duo has its own individuality and appeal, describing that it is “not just another smartphone or not just smartphone camera” as it is designed to work like a PC.

However, it would be good to wait for the Surface Duo’s future generations to arrive and meet the needs of the current times. According to Microsoft, it is built for mobile productivity, and it would be exciting to see how its successors will take the idea forward.

Photo credits: The images used are owned by Microsoft and have been provided for press usage.