Home Gaming Ready to Race with Mario Kart Tour for Your Mobile?
GamingGeneral

Ready to Race with Mario Kart Tour for Your Mobile? 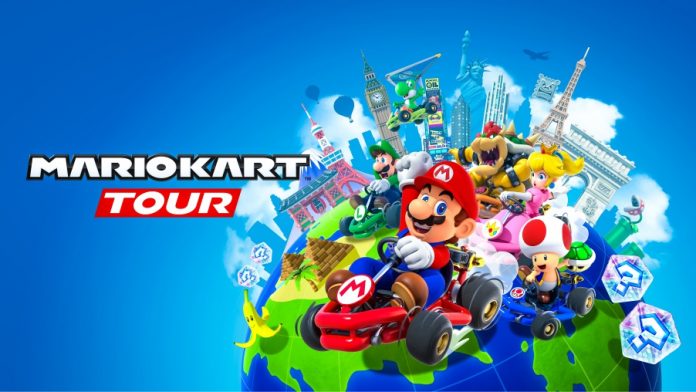 Have you tried out Mario Kart Tour yet? We tested it out for you and summarized our thoughts in this article. Whenever Nintendo is announcing a mobile adaption of one of their fantastic franchises, I get my hopes up, and I’m ready for a good retro game hype. And then I get the notification pop into my smartphone once it is available and I play it with high hopes, and it disappoints.

Does that happen to you too sometimes? I feel like some companies do mobile versions of their old games a bit better than others. Now, what about Mario Kart Tour for smartphones, developed by Nintendo and DeNA? Is it the great exception to the rule?

Is Mario Kart Tour worthy of its franchise?

No. No, it isn’t, unfortunately. Many people connect amazing moments of their lives with playing Mario Kart with their friends and loves ones on the consoles of the past. It is difficult to recreate this sort of sensation and emotion in a mobile game. Not impossible, but very hard. 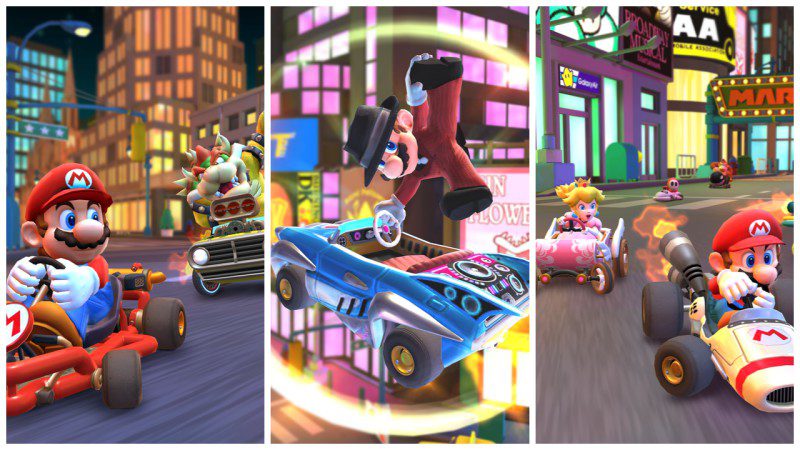 Mario Kart Tour plays like your average mobile game. It has reduced gameplay in comparison to the console games, and you can’t play with your friends as of now, even though it looks like it’s a planned feature for the future. Right now, you just open loot boxes that contain driver characters, vehicles and gliders to use in the races.

Okay, it does not compare to other Mario Kart titles. Now, let’s just have a look at it as is, shall we? You download Mario Kart Tour to your smartphone, log in to your Nintendo account, and you are introduced to all the functions just like in any other generic mobile game. The atmosphere is excellent, and the visuals are absolutely on par with state of the art. Nobody could complain about sound or graphics in this title, I’d say. The controls are simplified to only moving left or right, and you have no control of acceleration and brakes at all, which defeats the purpose of a racing game more or less.

But why do I keep on winning?

Now here comes a bit of conspiracy theory and I want you to know this is an unconfirmed thought I got while playing. I am doing an average job at playing Mario Kart in general, but I am no superstar. When playing Mario Kart Tour, every time I was playing, I made it to the first place against seven other racers. The matchmaking takes only a blink, and the roster is filled with random people that already have really cool characters and vehicles.

Alright, maybe they grinded for it, but wait, it was release day. How much could anyone possibly grind on the release day? Okay, I get it now. They are apparently Japanese players with all the Japanese user names, and maybe they have had the release earlier. Does that make sense? Not so much. Why would they grind on low-level cups on low-level classes? There’s no point for them to go back and then let newbies win. So what am I trying to say? I think new players are matched against AI racers which are easy to beat. 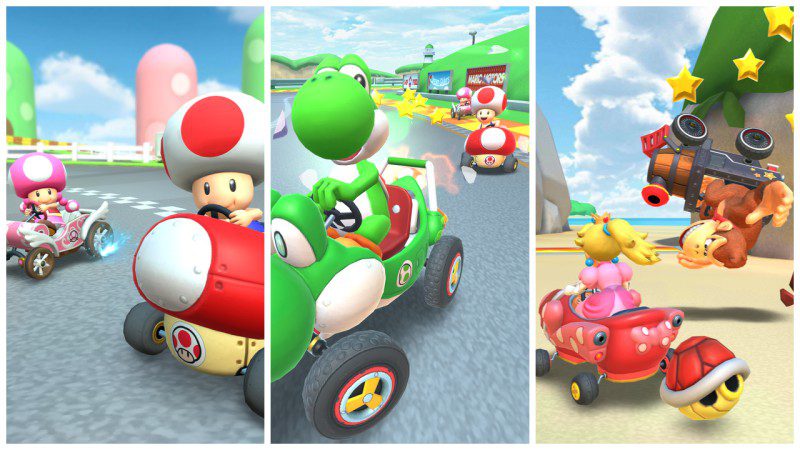 Why would they do that, though? My take is that Nintendo designs a user experience in which at first the player feels superior and then lets them clash with human players and they lose. What could they possibly do now to get better? They can only keep on practicing or try their luck with the loot boxes for money. Maybe I’m wrong about that, but it feels like that for me.

I’d say, as usually when it’s about a free game, there’s no harm in trying it out yourself. It’s not a terrible title, but in my books, it’s not nearly as enjoyable as it was on console. It’s definitely possible to enjoy it as a casual mobile game for a quick match here and there, but don’t be surprised when you’re suddenly not number one anymore and feel stuck. Maybe it will get better over time with future updates.

I’d love to hear about your experiences with it, so feel invited to share your thoughts with us in the comments below. Thanks!

Photo credit: All images shown are owned by Nintendo and were provided for press usage.

Christopher Isakhttp://www.christopherisak.com
Hi there and thanks for reading my article! I'm Chris the founder of TechAcute. I write about technology news and share experiences from my life in the enterprise world. Drop by on Twitter and say 'hi' sometime. 😉
Previous articleReady for Halloween: Tech for You and Your Spoopy Friends
Next article‘The Curious Tale of the Stolen Pets’ Awarded for Best Immersive Game at Raindance Film Festival

The New Trailer For "Star Wars: Knights of the Eternal Throne"...