Monopoly is a multiplayer board game with an economics theme that has caused many a rage-quit over the decades. Players move around the game board by rolling dice to buy, trade, and develop properties with homes and hotels. To bankrupt their rivals, players collect rent from them. Tax squares, Chance cards, and Community Chest cards are additional ways to win or lose money. Every time they pass “Go,” players are given a stipend. They can also get locked up and cannot leave until requirements have been satisfied.

The Lizzie Magie game The Landlord’s Game served as the basis for Monopoly. The original version of the game was designed by the Parker Brothers and then eventually absorbed into Hasbro in 1991. The game remains relevant today and can still teach us a thing or two.

Today’s version of this board-based classic, Monopoly Live, has been created by casino game developer Evolution Gaming. The digital version of this live dealer game is played on a wheel rather than a board, so it differs from the traditional version. The setting is evocative of the original Monopoly board game, and Mr. Monopoly, the old man with the mustache who is sometimes known as Rich Uncle Pennybags, is there to amuse.

The host is positioned to the right of the Monopoly wheel in the center of the display. A dice-rolling mechanism that is perched on a huge golden structure is also located to the right of the screen. Due to its ease of use, alluring multipliers, and high RTP of 96.23%, Monopoly Live is one of the most played live games at online casinos.

Under the stewardship of both Parker Brothers and Hasbro Inc., a key feature of Monopoly has been player involvement in the development process. Listening to the players has resulted in in-game rules for a shorter game in the main version and many different variations of Monopoly that cater to different board game enthusiasts. They were not afraid to tinker with the rules and offer something different as we’ve seen with Monopoly Here and Now, Monopoly Empire, Ms. Monopoly, Monopoly Deal, and Monopoly for Sore Losers.

At the same time, they are aware of how effective tie-ins can be and many versions of Monopoly differ only in terms of aesthetics with different counters, locations, etc. such as Game of Thrones Edition, Godfather Collector’s Edition, and Jurassic Park Edition. When looking around for a contemporary version of Monopoly, you’ll be overwhelmed by the variety available. The fact that you can purchase a Monopoly game with a theme that appeals to you alone justifies its greatness.

The most enjoyable aspects of Monopoly are present in every Monopoly game – that you can play whatever you like and you’ll probably learn something. Few board games are as effective at imparting the principles of money management and investment as Monopoly is at teaching individuals tolerance, assiduousness, counting, and other skills. What could be better than a game of Monopoly to gain a solid understanding of financial management and real estate investing?

While recent games such as Betrayal at House on the Hill grab the attention as they offer a fresh, novel experience, Monopoly keeps on going and the longevity of the game is nothing short of phenomenal.

Photo credit: The feature image and the photo in the body of the article have been done by Hay Dmitriy. 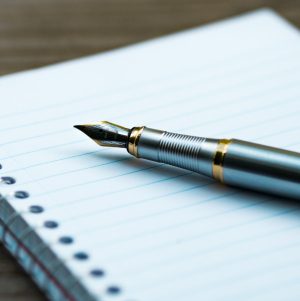 Sponsored Article
This article has been sponsored and was submitted to us by a third party. We appreciate all external contributions but the opinions expressed by the author do not necessarily reflect the views of TechAcute.