How Technology Has Moved Forward: Changing the VHS Format

The heyday of the VHS format was in the 80s and 90s of the previous century. However, the first video players supporting this format appeared much earlier – in 1971. And it was Sony who was the pioneer in this industry, followed by Philips. But neither one nor the other became trendsetters in this area.

As in any other field, manufacturers did their best to win as many customers as possible, promoting different technologies and formats. This is actually how JVC pioneered the VHS format in 1976, which successfully replaced the Sony Betamax format. Even the latter’s superiority did not help: Betamax cassettes offered better video quality and were of a smaller size.

The second aspect also became a weak point of the format: the length of the tape that fit into the body was enough for only an hour of recording with the Sony Betamax format, whereas VHS offered the doubled capacity. The VHS victory was marked by the release of the first mass-produced DVD player – VCR Victor HR-3300, which the president of JVC presented.

The first DVD player appeared in 1996. At that time, the end of the VHS era was about 10 years away. By the mid-2000s, studios began to abandon the release of film products on videotapes, giving preference to more digital options. The company stopped the production of VCRs only in 2008 (but this did not apply to combo devices).

In 2015, the VHS format celebrated its 39th anniversary. For some, videotapes have become a symbol of the era, an element of childhood or adolescence: many remember the constant search for new products, the anticipation before watching the next horror movie, attempts to get a video cassette with a long-awaited film from a VCR. Now it is one of the dying technologies. To watch your favorite movie, you do not need to run around with friends. It is enough to open a browser window or convert a target video file into the format you can access. And here is where  Movavi Video Converter or Freemake comes in handy. Such a solution allows you to get a file in a format that you can easily access. Let’s check some of the most popular options that these converters work with.

AVI (Audio / Video Interleaved) is a video file standard developed by Microsoft, in which audio and video data are interleaved. Thus, during playback, a portion of the audio track is synchronized with the video fragment. The AVI format became widespread after the release of Video for Windows 3.1 in November 1992 and is still quite popular today.

ASF (Advanced Streaming Format) is a Windows Media streaming format from Microsoft. Typically, the quality of the footage it contains is terrible. But this is not a problem of the format but of the person who recorded it. ASF is transcoded to AVI using GraphEdit or Virtual Dub 1.3c. It is based on MPEG-4 and optimized for low to medium bitrate video transmission.

WMV (Windows Media Video) is a digital video format created and controlled by Microsoft. WMV is the universal name for a complex technological solution that “started its journey” with the WMV7 version. For the latter, Microsoft used its own MPEG-4 video encoding format; however, it is not compatible with other MPEG-4 technologies. Some of the format competitors are RealMedia, QuickTime (Sorenson codec), XviD, and DivX (originally based on the cracked WMV codec).

MOV is the Apple Quicktime format. It was developed by Apple for Macintosh computers and later ported to the PC platform. From 1993 to 1995, this format was dominant; however, it now has many competitors on the market. Its latest version (4.1) allows users to transfer data in streaming mode with ease. This means that there is no need to download the file completely to start watching the video. However, with the advent of the MPEG specifications, this format is gradually losing popularity. Its main problem is that the QuickTime standard is closed. The methods by which the video is encoded are kept secret by Apple. Consequently, third-party programmers cannot write programs that compress video into this format.

SWF (ShockWare Flash) files are created using Macromedia Flash software. SWF is also called the Flash Player format. It is designed to store vector graphics and animation clips that may contain sound. To view multimedia content in SWF, the Flash Player and modern Web browsers are used. Since many browsers have removed the ability to work with Flash media, this has become rather rare. The same goes for FLV below.

FLV (Flash Video) is a file format used to transfer video over the Internet. It is used by services such as YouTube, Google Video, and many others. Although the description of the container format has been made public, the codecs are protected by patents and remain proprietary. Files in FLV format can be viewed on most operating systems since most browsers use the widespread Adobe Flash and plugins. Many video playback programs also support the format, for example, MPlayer, VLC media player, Media Player Classic, and other programs that work using DirectShow.

There are a huge variety of video file formats that you can convert video files into. The formats that were popular a couple of years ago are being gradually replaced with newer and more modern solutions. One of the main principles in the development of video formats is to focus on the highest video (and sound) quality that is possible to achieve with minimum file size. In such a way, developers strive to ensure the rational use of memory (on a computer hard disk or removable media) with good video quality. They are essential for use in networks.

Digital video standards are being modified so quickly that very soon (in 5-10 years), we will watch a high-quality video based on one of the new video compression technologies, as well as receive a huge amount of information per unit of time (due to the high compression ratio) from the worldwide Internet. It won’t be a problem for you to change the video format of your target multimedia asset if you know the tips about how to convert VHS to DVD. Just stick to them, and there is no risk for you to fail.

Photo credit: The feature image has been done by Zach Vessels. The photo with the VHS movies lined up was taken by Delaney Van. The picture of the VHS recorder has been prepared by Dzmitry Tselabionak.
Source: Dave Johnson (Forbes) / Michael Bizzaco, Kris Wouk (Digital Trends) 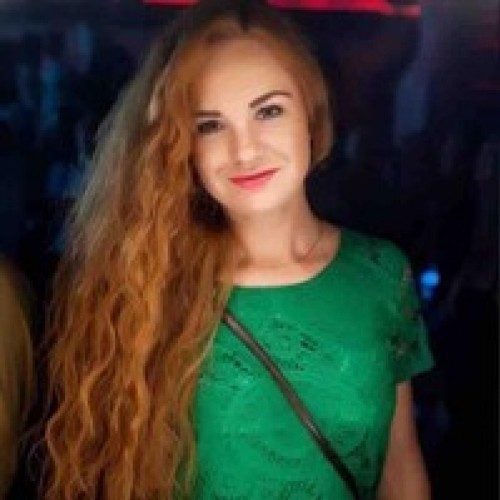 How Much Does the Tech Industry Contribute to the Economy?

How to Become a Cybersecurity Expert?

The Future of Web3 Gaming and How It Could Evolve