While electric vehicles might be on the rise in a few countries, many countries still use cars that are based on fossil fuel. This will not change for a long time.

The emissions of burning fossil fuel cause harm to health and decrease the air quality. Graviky Labs, an MIT spinoff from Singapore, is working hard to change that. They are turning potential air pollution into fine ink.

But how would you get the particles from the air? It can’t be extracted from the air but you can work on gathering it directly from exhaust pipes.

They have built prototype devices, called Kaalink, that are attached to the exhaust pipe of vehicles where they “harvest” carbon particles without causing without inducing back-pressure. They capture 95% of the particular matter pollution. Applying these harvesting attachments to industrial chimneys is also a possibility. 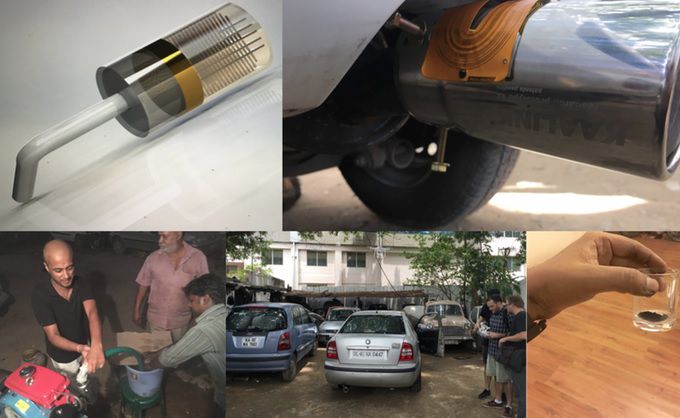 Using the harvested material, they then process the contents into black ink with high pigmentation. This “Air Ink” can then be used to fill up pens, markers or find a similar application. The ink has been positively tested by a variety of artists and has been confirmed to be not a risk to your health. They are not more toxic than any other comparable ink would be.

In 2016 Tiger Beer, a popular local brewery, has worked with the Graviky Labs team on a collaboration which they described, “Tiger brings art and science together to transform air pollution into ink.” You can check out the results of that project in their YouTube video.

Graviky Labs now offers their Air Ink products on Kickstarter in a crowdfunding campaign. Until now they have received the support of 263 backers and have already achieved their goal of S$ 14,000 with another 25 days to go.

Their message to the crowd was, “Through this Kickstarter, we are offering AIR-INK for the first time––as safe, refillable, high-quality, water-resistant markers and screen printing ink. By using 30ml of AIR-INK, you can negate 45 minutes worth of pollution”.

The Air Ink project and the Kaalink has great potential. It does not actively clean the air like Daan Roosegaarde’s Smog Free Tower does, but it’s a significant step forward by preventing air pollution and turning the pollution into an actual quality product. I’d be delighted to see more of Graviky Labs in the future.

Kickstarter: AIR-INK: The world’s first ink made out of air pollution

Christopher Isakhttp://www.christopherisak.com
Hi there and thanks for reading my article! I'm Chris the founder of TechAcute. I write about technology news and share experiences from my life in the enterprise world. Drop by on Twitter and say 'hi' sometime. 😉
Previous articleAndroid Wear 2 and New Hardware Challenges Apple Watch
Next articleHow to Build Your Own Eternal Terrarium [Video] 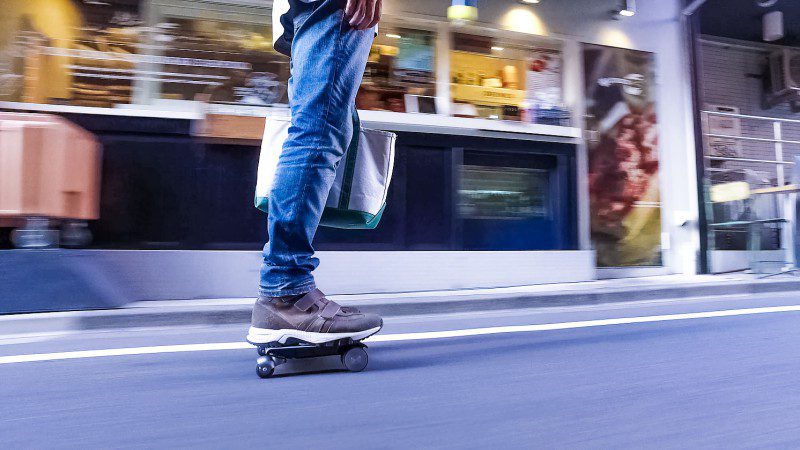 Walkcar: The Transportation Device That Fits Your Bag

What You Need to Do to Become a Web Designer