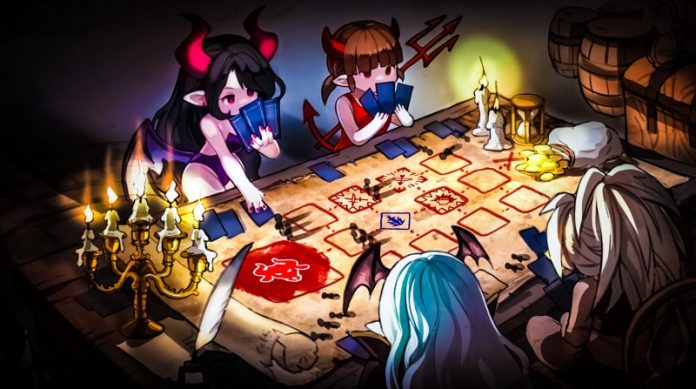 I’m always on the look-out for mobile games that are both fun to play and possibly even enjoyable for longer than a day or two. A while back I was looking for fantasy games with rogue-like elements in their gameplay and got stuck with Dungeon Maker from the South Korean indie studio GameCoaster.

Dungeon Maker costs you a bit to install it but as far as I could tell, throughout a couple of days of playing, you can get all cosmetics and progress items by playing. You could also buy loot boxes for real money but the game even discourages you with warning messages that clearly lay out, that you could also gain these items by simply playing the game.

So what’s Dungeon Maker about? Similar to Dungeon Keeper, from another era of gaming, in Dungeon Maker you find yourself as the “manager” of a dungeon, which you try to keep clean of heroes and villagers by adding monsters, traps, and magic abilities. If you fail, you die and the run is over.

In the game you can collect monsters, level them up, provide them with gears, spells, and even fusion them into stronger monsters. Deployed traps can also be leveled up or exchanged with different facilities.

The game mechanic is based on cards and day-progressing but the actual battles are quite fast-paced. If they aren’t fast enough for you, you can also set up the speed to 2x or even 3x, though, the latter one is a feature that needs to be unlocked first. I also like that you can pause the game in any state of the run, and it auto-saves your progress. Even if you switch into a different app or not open the game for days, you get back right to the point where you left off.

Not free but with a fair price

The game is very interesting to me because it keeps you interested in playing without driving you to pay real money for anything. You can unlock new “dark lords” which act as your dungeon boss or all kinds of new cards and features, including some things you could switch on and off in the settings. It keeps growing and growing like that over days and weeks.

I thought this is a fun game for your mobile at a fair price for currently around $0.99 during a special sale. It’s available on Android and on iOS devices. The screenshots don’t reveal much, so I’d suggest you to check some videos or just try it out yourself to get a good picture of what it is and how it works.

If you’re trying it out or if you’re already familiar with Dungeon Maker, we’d love to hear your thoughts about it too. Make sure to drop us a comment below. Many thanks and keep those villagers our of your fine dungeon. 😉

Photo credit: All the material shown here is owned by GameCoaster.

Christopher Isakhttp://www.christopherisak.com
Hi there and thanks for reading my article! I'm Chris the founder of TechAcute. I write about technology news and share experiences from my life in the enterprise world. Drop by on Twitter and say 'hi' sometime. 😉
Previous articleGoogle’s Principles for AI Development in a Nutshell
Next articleSamsung Flexing Muscles with Futuristic Smartphone Concept Film [Video]