Home Gaming Dr. Mario World: A Fresh Take on the Classic Now on Your...
GamingGeneral

Dr. Mario World: A Fresh Take on the Classic Now on Your Smartphone 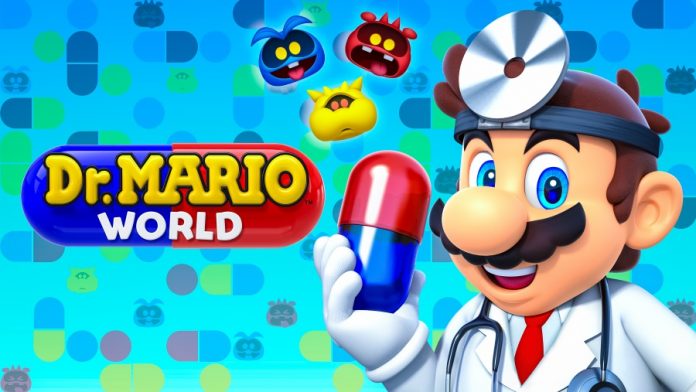 Are you ready to be reunited with Dr. Mario? Thankfully, Nintendo has joined forces with both LINE and NHN Entertainment, in order to bring us Dr. Mario World — a modern twist on the cult puzzle game with Dr. Mario, which has been made available on all iOS and Android mobile devices.

Dr. Mario World, for your smartphone, follows the same principle as its predecessor, make sure that three medicine capsules (that are of the same color) are joined together vertically, or horizontally, in order to make the corresponding viruses disappear. However, in this new mobile version, you’re also able to separate the different colors of each capsule in order to eradicate those pesky viruses in any way you see fit. 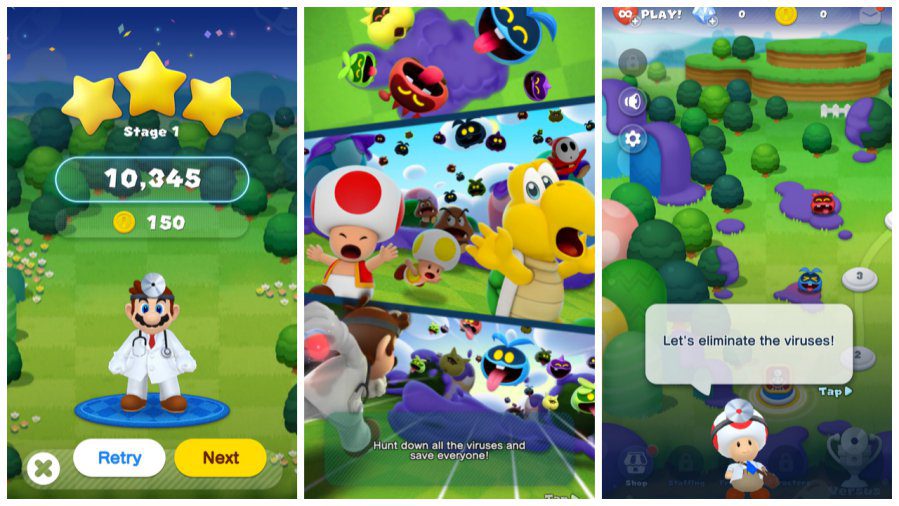 This new adaptation of many people’s favorite classic NES game lets players progress through new levels, which in turn allows them to unlock new worlds. New worlds are constantly being added on in this game with each app update, so you’re sure to never run out of virus-busting fun.

Considering that this game was created in collaboration with LINE, it only makes sense that the game should follow a similar gameplay system to other LINE games—such as LINE: Disney Tsum Tsum. Each attempt at a stage level requires a ‘heart’. However, each level you successfully complete rewards you with coins and ‘hearts’; therefore, it’s nearly impossible for you to ever run out of them.

Insight about the Multiplayer (VS Mode)

Dr. Mario World’s Versus Mode allows you to combat other online players worldwide. This mode resembles the old-school version of Dr. Mario, more so when compared to the app’s Stage Mode. Competing and winning allows you to move up tiers and earn keys.

Also interesting: Ready to Race with Mario Kart Tour for Your Mobile?

By collecting a certain number of keys, you’ll be able to eventually unlock special boxes—which contain all sorts of rewards! Among these rewards are the very important ‘hearts’. Hence, playing the Versus Mode gives you a shot at earning free hearts—plus, each attempt at the games in this mode doesn’t require hearts, coins or anything else.

Feel free to forget about the micro-transactions

Sure, the existence of micro-transactions within this game is very apparent. However, they absolutely do not pose as an issue, in relation to gameplay. As mentioned before, there are several other ways to earn ‘hearts’; not to mention, both you and your friends can also give ‘hearts’ to one another in order to keep on gaming. 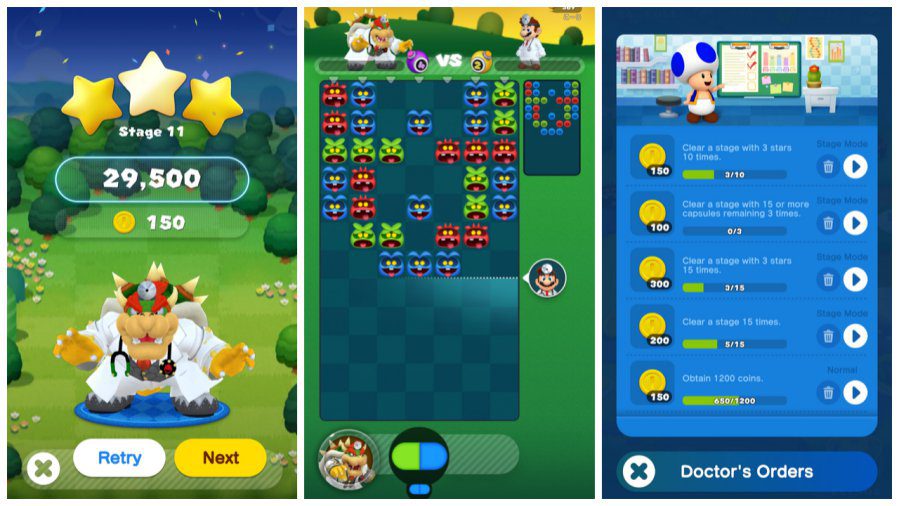 If you heavily rely on ‘special items’ in order to ease your gaming experience, then micro-transactions may pose an issue for you. But, remember, the game allows you to earn a few ‘special items’ here and there for free too.

While Dr. Mario World is significantly different from the much-beloved classic, it does a great job of retaining certain factors of the original. For one, I found that the retention of the background music transported me back into the past—back to when I used to play Dr. Mario on my Game Boy Color.

I think that Nintendo, LINE, and NHN did a great job of updating the game, while still being respectful towards the original.

Lastly, you don’t have to exclusively play as Dr. Mario anymore. Feel free to bust those viruses as Dr. Bowser or even Dr. Peach. No matter which doctor you decide to play as, you’ll be equipped with a completely different, and unique, set of special powers, which will allow you to take out viruses in exciting new ways.

Dr. Mario World is still relatively new, and constantly receiving fresh updates. It’ll be exciting to see what other new characters and features they’ll include with each upgrade! If you’re a fan of the classic, or just want a stellar new app-based game to play, I don’t see why you shouldn’t give Dr. Mario World a go. You can download it for free on the Apple App Store for iOS or the Google Play Store for Android versions of the mobile game.

Photo credit: Screenshots have been prepared by the author. All materials shown are owned by Nintendo.

Shalinn Yeap
I'm Shalinn. I am a journalism student, a reviewer of films and a blogger of sorts. Video editing greatly intrigues me but for now, I mostly write. Feel free to message me on Twitter!
Previous articleMicrosoft Announces New Surface Products During October Launch Event
Next articleHuddly Canvas to Enhance and Digitally Capture Whiteboards

That 2 Hour Scientific Lecture about Rainbows and Blue Skies [Video]