Domgy: Pet Robot and IoT Virtual Assistant in One

Chinese manufacturer Roobo (stylized ROOBO) has now received the prestigious Red Dot award 2016 for their digital pet, Domgy, the IoT robot dog. It’s not only a fun toy for children, but can also help simplifying your life by taking onto some chores and automating your lifestyle routines.

Domgy (stylized DOMGY) is not only connected to your local wireless network and all IoT devices within, but can also leverage connection to your smartphone via app. You might think you’ve seen things like this before, and you’d be right, but Domgy introduces some new cool features that are usually not part of toys and could actually be useful for single individuals or families alike.

We’re not only talking digital pets for urban areas or apartments too small for real pets, but the Domgy might be also used as sympathetic smart controller of  your IoT and other home networked devices.

Next to the option of automating and controlling other devices Domgy comes along with a variety of other features which could be considered more or less useful depending on how you use them. Domgy comes with features to wake you up in the morning and it will understand voice commands and other sound triggers (e. g. clapping your hands). Domgy has a camera which can make photos, do video calls with others, or use face recognition to associate faces to user profiles.

Domgy has some entertainment functions and can act as virtual personal assistant or help you with communication like texts or emails. That alone made me think of a Siri on legs, but Domgy brings more features than that. You can also set up smart automations to support your lifestyle. For instance you could tell Domgy to switch on heater, lights and TV when you are about to arrive home after work or school. It can execute commands, triggered by your location and control other IoT devices as long as they are also “smart” to a degree and networked.

You want to turn Domgy into a home guard and security patrol? No problem. As far as the product demo videos goes (embedded below), you are also able to have Domgy go on patrol and create an event log of things that occurred. It will record events such as visitors entering the place along with a timestamp. If you go one step further, it will engage an intruder and record video while trying to recognize the face for a known user. Intruder videos will then be send to your smartphone.

Not already cool enough? Here are some more features and uses of Domgy:

While most sources did not disclose a future pricing of Domgy, Henry T. Casey writes “It’s coming from the Beijing-based Roobo and will be available on IndieGogo this fall at a price between $400 and $500.” on the Domgy article on Tom’s Guide. If this is the final pricing as it will hit the shelves or near it, that will be a fair pricing for a nicely designed piece of useful technology aimed to improve your life.

Roobo is also known for their previous product announcement, Pudding, which is designed to teach kids vocabulary, geography, telling jokes and more. They are further working on a virtual reality headset, a drone and special earbuds.

You could say that Domgy is a curious attempt to combine a digital pet with an autonomous smartphone. It is very likely that this or something like this will become a kind of standard in our future homes in our future lives.

Christopher Isakhttp://www.christopherisak.com
Hi there and thanks for reading my article! I'm Chris the founder of TechAcute. I write about technology news and share experiences from my life in the enterprise world. Drop by on Twitter and say 'hi' sometime. 😉
Previous articleWho's Got the User-Friendliest Interface: Android, iOS or Windows Phone?
Next articleRyno: The Coolest Unicycle Around 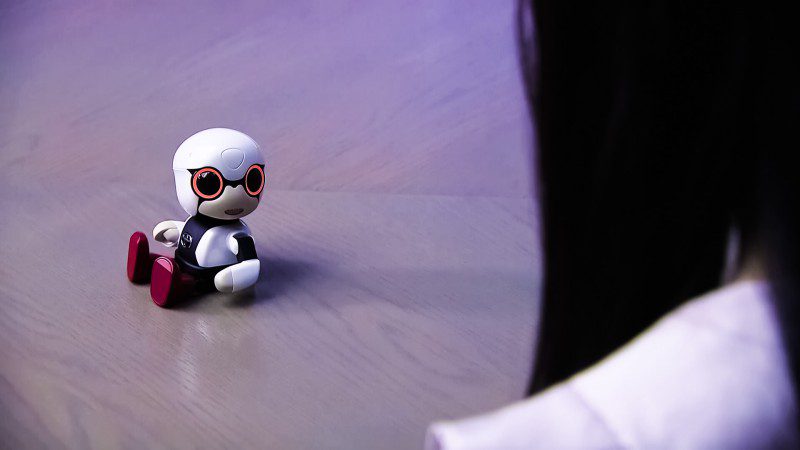 Why You Should Convert Your Analog Recordings Into Digital Format