On a medium post, the Blitz Esports team has posted the announcement that the gaming-focused communication and collaboration platform Discord has acquired them for an undisclosed amount to integrate some parts of their staff and services into the Discord service portfolio.

What was Blitz Esports about?

The Blitz team worded their vision like this, “here at Blitz, we’re working to bridge the gap between esports fandom and personal gameplay.” The core service offering of Blitz consisted of two parts. One aspect was to publish media and content around the subject matter of esports and everything that related to gaming culture. The other aspect was that they have been developing companion apps to coach gamers for their practice in order to get better.

What is migrated and what is cut off?

As per the information from the Blitz team, everything that Blitz has been working on, all their products and brand will be halted. Any produced content will remain available, including the YouTube videos. The Blitz companion app for League of Legends (LoL), which was used in 65 million game matches in a period of only six months, will transition to Discord.

Several people from their editorial team will not move over to Discord, including video editors, motion graphic designers, and writer-producers. Staff members that are not transitioning have received three months severance to be able to find a new fitting position. If you are looking for experienced staff like that, you should check this document to find out more about them.

Investments and acquisitions in gaming and esports are not rare these days. For instance, we have previously reported about the German esports startup DOJO Madness, who has received a funding of $4.5m to work on their companion and automation apps to help gamers improve their play.

Without naming a particular individual as the author of their latest Medium post, the “team” states the following, “along the way, we met the folks at Discord, who shared our love for gaming and whose passion for improving gamers’ lives mirrored our own. A few conversations later, it became evident that, with their ubiquitous chat platform and ambitious plans to level up how people play games, Discord had the vision and resources available for us to make an even bigger impact for the community. Although saying goodbye to Blitz is bittersweet, joining Discord is a leap forward in achieving our shared goal to improve gaming experiences”.

Photo credit: The feature image used has been taken by Christopher Isak, at Gamescom, for TechAcute.The Discord logo and graphics are owned by themselves.
Source: Medium
Editorial notice: The feature image is not directly related to this news report and is of conceptual nature only.

Christopher Isakhttp://www.christopherisak.com
Hi there and thanks for reading my article! I'm Chris the founder of TechAcute. I write about technology news and share experiences from my life in the enterprise world. Drop by on Twitter and say 'hi' sometime. 😉
Previous articleWickedbone: Smart Dog Toy, but What's It Good For?
Next articleMIT Celebrated Halloween by Letting the Internet Take Control 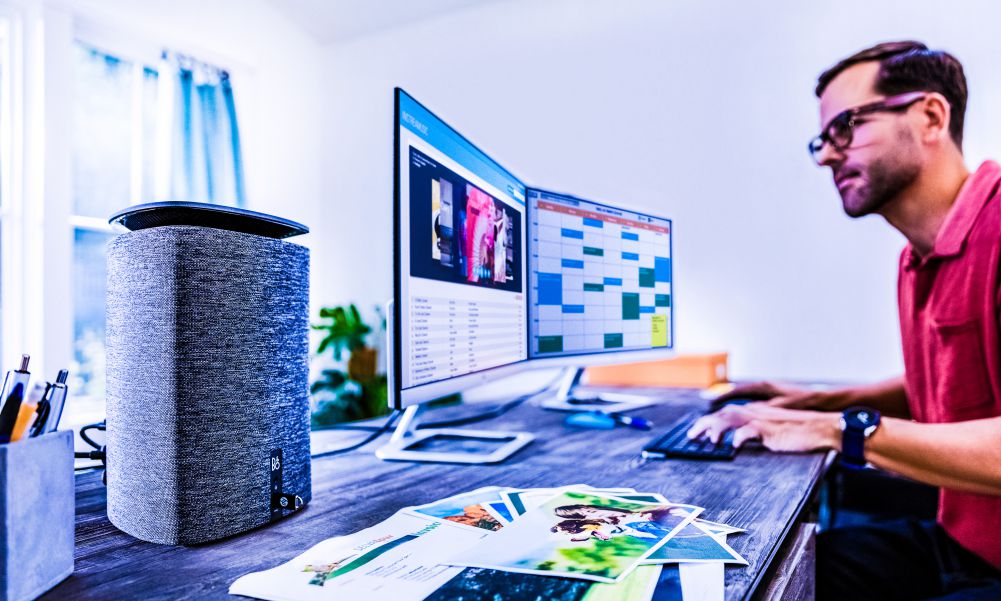 HP's Pavilion Wave Puts the Speaker in Your PC