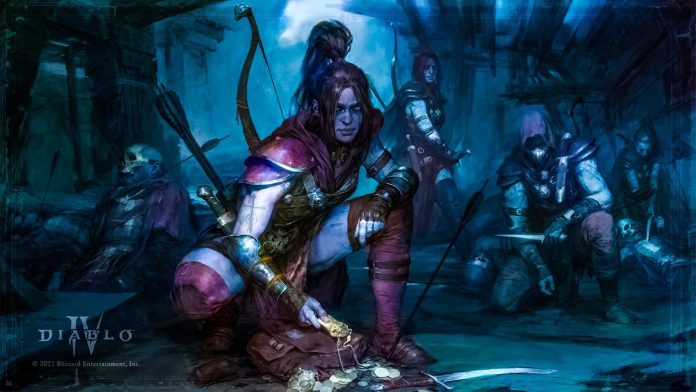 The first entirely virtual BlizzCon just took place, and we’re excited to see some new revelation within the popular Diablo franchise. Blizzard is a bit burned with Diablo announcements that happened during past BlizzCon events, but hopefully, they redeemed themselves this year. What’s the news? Here goes.

Many fans have been talking about a Diablo II remake for some time now. We are in the age of remakes, and while some are good and others are terrible, in general, game remakes allow old fans to relive their love in new graphics and with new features, and the game might also get some new fans of a new generation of gamers, which makes it all even better. You will be able to play the roles Amazon, Barbarian, Necromancer, Paladin, and the Sorceress from the core game, as well as the Assassin and Druid, included in the Diablo II: Lord of Destruction expansion.

The sound is remastered for Dolby Surround 7.1, and depending on your machine you can get video resolution with up to 4K. Play solo or join the multiplayer with coop up to eight players total, and the good old dark gameplay is now not only available on PC. Still, it is going to be also available for Xbox Series X|S, Xbox One, PlayStation 5, PlayStation 4, and Nintendo Switch with new cross-progression support features. As of now, there is no information on what the Diablo II remake is going to cost.

“Diablo II was a pivotal game for Blizzard and millions of players around the world. With Diablo II: Resurrected, we’re excited to bring this classic back to PC and also to consoles—with cross-progression on supported platforms—so that players can relive their memories or experience Diablo II’s timeless gameplay for the first time, on their platform of choice,” said J. Allen Brack, president of Blizzard Entertainment. “With the new high-resolution audio and video in Diablo II: Resurrected, the game is as fun and engrossing today as it was twenty years ago.” Visit the official Diablo II website now and register for the Technical Alpha test. The game is planned to be released in 2021, with no clearer indication of when exactly we could expect it this year.

First things first. No, there is no release date for Diablo IV as of now. It’s not even certain in what year we could hope to play the newest installment of Diablo. So, what’s new since we heard about Diablo IV the first time? Next to the previously announced character roles, the Druid, the Barbarian, and the Sorceress, now we know that there will also be a Rogue class, which seems to be similar to the Demon Hunter of Diablo III but with a bit more melee elements to it.

Not everything Blizzard has shown us at the BlizzCon was new, but they are making the key features of the game very clear. The game will take place in five regions and will have an open-world to grind through back and forth, including multi-phase world bosses to take on. The skill tree will work with upgrade points that are rewarded as the player levels up and which can then be invested for various abilities. If you are unhappy with something or want to experiment, you can respec as often as you’d like.

Any news on ‘Diablo Immortal‘ the mobile game?

The Diablo mobile game has been a point of both excitement for some and frustration for others. And yet, everybody who originally might have been hyped for it has since long forgotten that this was ever going to happen simply because it’s been in development for a long time, and there is still no exact release date to it. There was a Technical Alpha test from December 2020 to January 2021, and they plan another Alpha phase, but there is no other information on when it will be available for all.

As it’s currently not clear whether the game is going to play like “actual titles” of the franchise or if it’s going to be like any random mobile game in the app store is yet to be seen. Possibly it would have been a better plan to port old games to mobile operating systems directly or help Microsoft and Sony to enable Diablo III for cloud gaming on tablets and mobiles instead of building a dedicated Diablo Immortal. But perhaps it will be good. I hope it will be. We will see.

Photo credit: All media shown is owned by Blizzard and was made available for press usage.
Source: BlizzCon communication material and Blizzard press release files

Christopher Isakhttp://www.christopherisak.com
Hi there and thanks for reading my article! I'm Chris the founder of TechAcute. I write about technology news and share experiences from my life in the enterprise world. Drop by on Twitter and say 'hi' sometime. 😉
Previous articleHow Smart Parts Self-Assemble [Video]
Next articleFinancial Literacy with Goalsetter: Teaching Kids How to Save for the Future

‘Shadow Tactics: Blades of the Shogun’ is Your New Fix on...