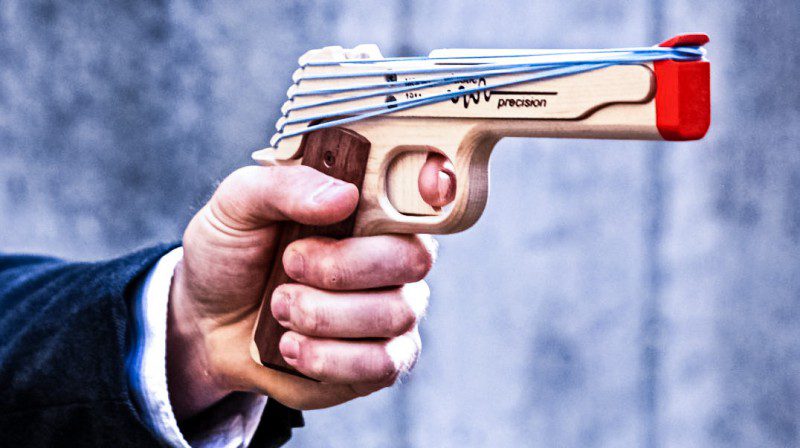 If you ever want to settle a score with your friends or siblings, this could be the perfect “weapon” for you. These wooden rubber band guns are so famous that they were sold out for Christmas.

These rubber band guns are designed by Elastic Precision which is created by Brent EuDaly. These toy guns reload on their own so you can keep shooting them over and over again. However, you do have to buy the rubber bands from Elastic Precision as well, because they are also very special.Make sure to re-use them!

Make sure to re-use them! Brent EuDaly said he got the idea when he wanted to give Nerf guns as presents for Christmas, but as he was only a college student and broke. With the convenience of living in Kansas surrounded by tons of hardwood, he came up with the remarkable mechanisms of the rubber band toy guns by Elastic Precision.

The Model PPK is this small handgun that is perfect for kids (or adults). It can smoothly shoot up to 5 rubber bands. These sells for about $24.99–$32.99 and includes 50 rubber bands.

The Model 1911 is a bit bigger and longer because it is modeled after the traditional handgun. This one can now semi-automatically shoot out 6 rubber bands. While these are on the market for $39.99–$49.99 with 100 rubber bands included. If you’re looking to make a lot of these for gifts as well, Elastic Precision also sells kits! It contains all the parts for making the rubber band guns. You can now proudly give them to people saying you made them on your own, you are now an official craftsman, congratulations!

These rubber band guns are made from Hard Rock Maple trees and are durable for generations! It’s because this type of wood is the same used for bowling balls, basketball court floors, and baseball bats. Brent EuDaly’s materials are locally sourced, as in the trees are just outside of his workshop. He usually uses storm damaged or fallen trees and makes sure not any part of that tree goes to waste. Some he uses for firewood, the other parts he uses as mulch for the garden, and etc.

But here’s what all adults are asking, is it safe?

A lot of countries have issues regarding rubber band guns in general, and the debate still continues. There are no laws yet to whether they are illegal or not but we do know they can be dangerous if not used wisely. So, make sure to use them with caution! I think they’re kind of cool and can be utilized for a whole lot of fun things, as long as you have protective gear on as well.

You can check out Elastic Precision’s site here, but you have to wait until next year before you can get your own rubber band gun. Make sure to leave a comment about your stand for rubber band guns.

Ela Denise Buendia
Hey, thanks for taking a look at my article! I'm Ela, a very passionate creative writer and student. I am currently studying to get a degree in the field of arts. I love writing, and reading comes along with that. My other hobbies include: singing, drawing, watching anime, and of course gaming. Make sure to check out my other articles and don't hesitate to drop by my social media account. Have a fabulous day!
Previous articleTwitter Launches 360° Live Video on Periscope, Competitors Fall Behind
Next articleLand Lines: Draw and Match a Google Earth Location Instantly 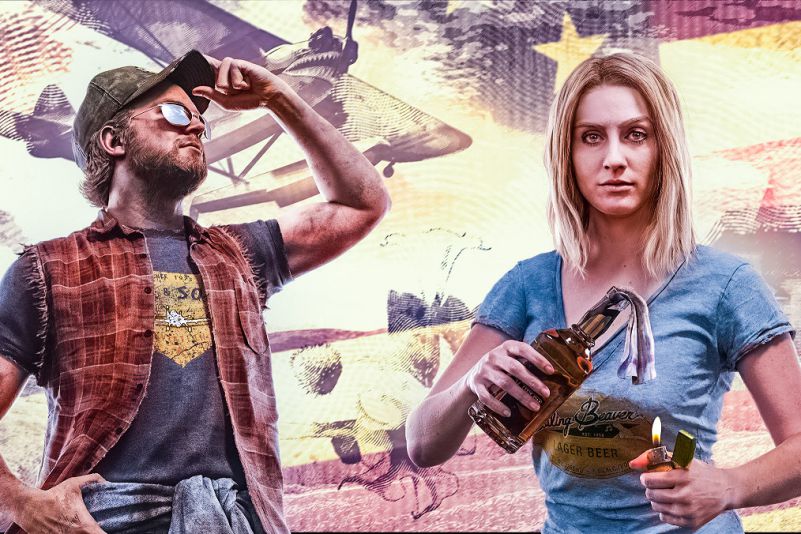