In the recent year, with the surge in the production and consumption of smartphones, there has been an unprecedented war between Apple and Samsung for the numero uno spot among tech giants. While the matter has always been of additional features and consumer numbers, the war has now reached the courts with the giants accusing each other of copying trademarked features. In this article we take a look at the different features of each brand in order to form a better understanding of the advantages of investing in either.

There are a number of features that are similar between most of the smartphones produced by the two companies. However, as many would be aware, the difference lies in the dose. That is to say, if one is comparing, say, the Galaxy S series with iPhone 6; the key points of difference lie in the specs more than the general features. In this section, we take a look at the different aspects of Samsung parts and iPhones that serve as points of comparison between most of the models of both companies.

Material of the Body: While most iPhones have a metallic casing, the body of the Samsung phones such as the Galaxy S series have a plastic coating. While the longevity of the product varies from individual to individual, the iPhones have a better rate of survival due to the tougher outer covering.
Dimensions: By far, the sleeker of the two is the Apple iPhone. While Samsung has a mere 0.05 cm increase in thickness, when it comes to showcasing the specs, Apple tends to fare better in terms of overall slimness.
Resistance: One of the major areas where Samsung shows the greatest advantage is in its use of dust and water resistant materials. The phones boast of a high resistance to being damaged by water accidents- a quality that the newer iPhone models lack.

Screen Size: The other area that most people focus on when it comes to comparing the two companies is in the screen size of the phone. While Apple is reported to have used superior material in the construction of the iPhone screen; the overall size of Samsung phones is greater. This allows for more visual clarity and ease of use that, in many cases, tips the balance in favour of the South-Korean telecom giants.
Touchscreen Features: In this case, both the corporate giants have shown the utilisation of the topmost technology. The screens have light sensors and are coated with scratch resistant glass. The key difference, however, lies in Apple’s use of a oleophobic coating that is supposed to increase the overall toughness of the screen.

While both the companies have invested heavily in making sure that the camera function is of superior quality; the iPhones take the cake when it comes to the additional features of the camera. This is due to the use of a material called sapphire glass that is undoubtedly one of the toughest synthetic materials created worldwide. The iPhone camera lens is made of this crystal and this has become of the patent features of the Apple. Other than that, the cameras of both the company’s products boast of phase detection autofocus geo tagging and manual as well as autofocus functions.

The final area of comparison between most of the smartphones produced by the companies lies in the battery life. By far, Samsung shows the longest battery life with n average of 20 hours of talktime and 60-odd hours of music playback. The Apple phones in comparison show an average of 14 hours of talktime with 50 hours of music playback. When it comes to overall battery function and strength, Samsung shows a more lasting performance.

When it comes to comparing the products of the companies for the purposes of personal investment, one must take stock of each of the features of the models of their choice and view them simultaneously. Another thing you should take under considerations is price and parts. We all know that Apple tend to be a bit expensive and repairing costs are no difference. On the other hand Samsung parts are cheaper but you can always compare prices in your local shops like Parts Depo and see for yourself in case you need to repair your phone.

Barring this, the legal tussle between the giants has stemmed from Apple accusing Samsung of using their patented features such as “rubber banding” where the screen bounces slightly on rolling down and “pinch to zoom” where one can alter the size of the image by pinching the thumb and forefinger on the screen. While there might be distinct similarities between the products of the two, the overall picture when it comes to decision making should be one based on performance and specs. 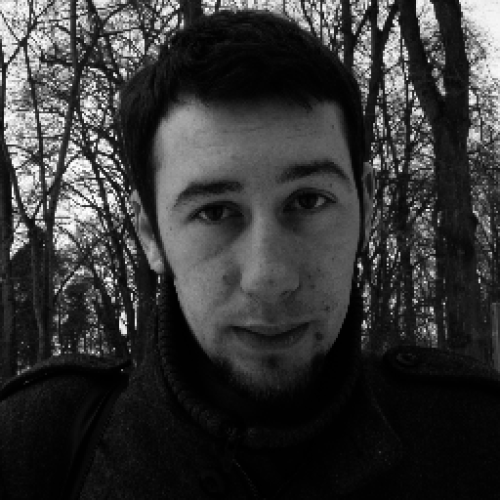 Kerry Blakehttps://twitter.com/kerryblake16
Kerry is a MS Office expert, trainer and lecturer for last seven years.in his free time he writes about cars, technology and business (mostly tech oriented). He's also interested in PC games and cycling. You can find him on Twitter at @KerryBlake16.