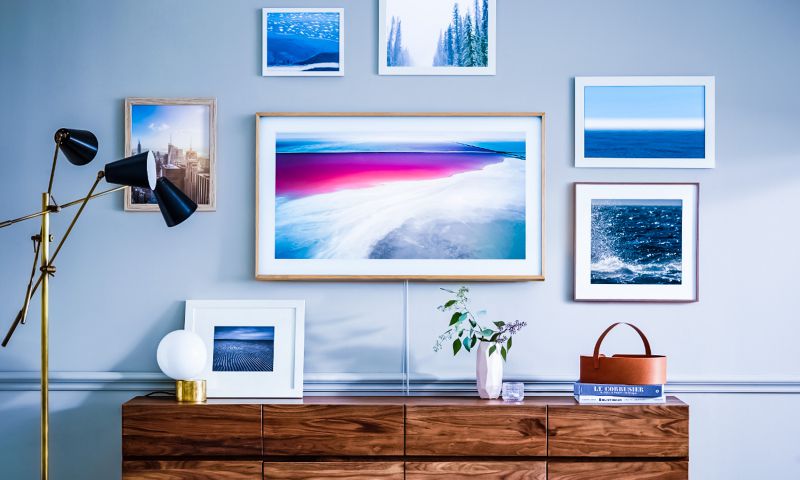 New York City, US, May 5 — After the first appearance in Paris, Samsung is now demonstrating their new display at the Frieze in New York. The display is designed to mimic a frame that would be used for artworks commonly. That’s why it could be a great hit at one of the world’s most renowned contemporary art fair held at Randall’s Island Park.

Paris had it first

Samsung has finally made an elegant HD digital photo-frame display for all the amazing art masterpieces out there. The bezel of the screen is designed to mimic a decorative picture frame that perfectly blends in with your home decor. At the global launch event in Paris, we got the first glimpse of “The Frame” which is said to hit the markets later this year.

The frame has built-in motion sensors that automatically display a picture as soon as someone walks into the room and, goes into standby mode when there is no movement for a while. This kind of technology is used to reduce the overall power consumption of the device.

The easily mountable display shows high-quality pictures from its media storage. Users can also expand and personalize their library as much as they want.

Samsung has not yet stated if this new product will be using Samsung’s new QLED Quantum dot technology nor, any prices and specs on their new toy. However, they have stated that it will come with an “invisible” cable connection to the HDMI ports. The Frame will also be accompanied by stylish legs which can be used to make the display stand, just in case you don’t want to mount it. On the other hand, this somewhat defeats the purpose of buying a frame-mimicking display to begin with.

The display originally comes with a traditionally black frame with a variety of changeable frames that can be purchased from stores. The bezel is composed of a magnetic strip. Hence, other interchangeable frames just stick on to it. The Frame is said to come with 100 preloaded pieces of art with accreditations to the artists.

Samsung has also hinted that there might be a slideshow feature added to the device in the future.

Alisha Mahmood
Hey There. I am Alisha and I am an aspiring tech journalist. Chat with me on Twitter about what tech stuff you are most into!
Previous articleHow to Build a Structured PowerPoint Presentation [Template]
Next articleGoogle’s New Standalone VR Solution Is Called WorldSense [Video]