Home Gaming PUBG, Fortnite and the Lawsuit in Between
GamingGeneral

PUBG, Fortnite and the Lawsuit in Between 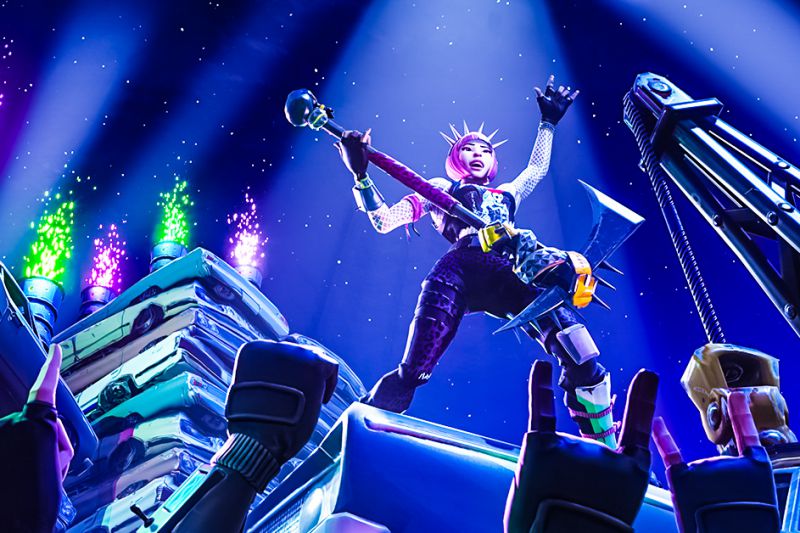 PlayerUnknowns’ Battlegrounds, or PUBG in short, is one of the most popular online multiplayer game there is in the gaming industry right now. It has been developed and published by PUBG Corporation. The gameplay is an online battle royale system that allows about 100 players simultaneously being dropped from an aircraft into a deserted island where they search for supplies and weapons and battle it out until one person survives and wins that famous chicken dinner. This kind of gameplay was inspired from the Japanese movie Battle Royale where a group of students who are put to sleep and then woke up in a remote island with collars equipped with explosives, which are triggered if they disobey orders. They must find a way to survive the ordeal even if it means they would kill each other in the process.

The film was a hit and has paved the way for PUBG to be created and become popular worldwide and has already sold about 40 million copies across all platforms. As PUBG’s popularity grew, there are a lot of games with the same format coming out of the market. One, in particular, is Epic Games’ Fortnite Battle Royale.

A copy of a copy or not?

Fortnite Battle Royale is a free-to-play battle royale game developed and published by Epic Games. The game shares the same gameplay format as PUBG. But before Fortnite had the Battle Royale gameplay, it was first introduced as a zombie-survival game called Fortnite: Save the World. This is due to using the same engine which is Unreal Engine 4.

Related story: Can Fortnite on Mobile Bring Casual and Console Gamers Together?

There is a rumor going around the gaming community that PUBG Corporation is suing Epic Games for copyright infringement. It might be due to having the same gameplay for both games. They have been accused of copying PUBG’s UI or User Interface and the items being used in-game. PUBG Corporation has told the Korea Times, “We filed the suit to protect our copyright.” It is not yet clear how Fortnite violated PUBG’s copyright, and they are still having talks regarding the issue.

If you visit the forums page of both games, there are heated debates ongoing regarding the lawsuit, claiming that PUBG won’t win against Fortnite. Some are saying that PUBG can’t sue Fortnite because the Battle Royale system is for everyone to use and not just exclusive to PUBG. Some say that it’s outrageous because they both use the same engine which is Unreal Engine 4 and Epic Games are the developers of this engine. Some PUBG hardcore fans would tirade the Fortnite forums to defend the game.

So to conclude the issue, it is true that PUBG Corporation is suing Epic Games’ Fortnite Battle Royale regarding intellectual property rights. It has not been proven yet that they did violate the copyright of PUBG, but we hope that both parties would just work together to improve their game and create more awesome games in the future for gamers to enjoy and meet new friends online.

Xz Jopillo
Creative Writer for TechAcute
Previous articleLudicase: The Fidget Case for Your iPhone
Next articleVortx Is a Gaming Speaker That Blasts Wind and Temperature