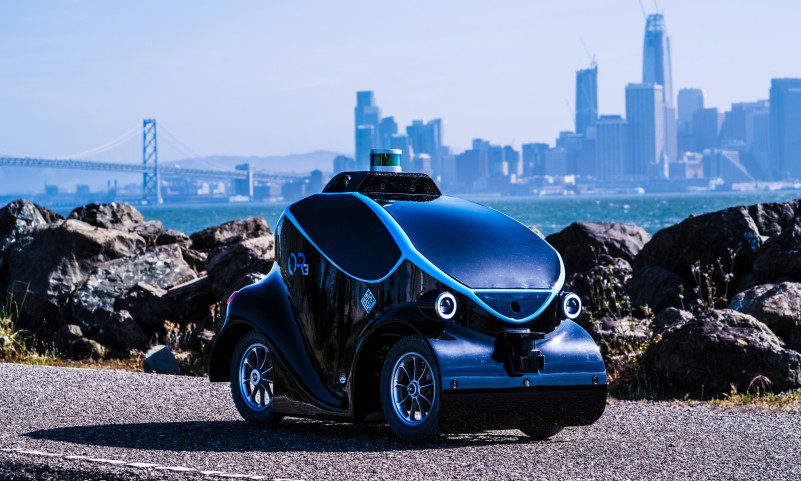 Otsaw Digital has been busy with their robotics and drone R&D. The Singaporean company was founded in 2015 as a subsidiary of ActiV Technology to act as their digital innovation center. Today I wanted to introduce you to their possibly most promising design, the O-R3 self-driving ground-aerial security solution that hosts an on-demand flying drone.

What can it do?

O-R3 is smaller than a conventional car which allows it to not only roam the streets but also go on patrol on smaller paths. It’s connected to a “mothership” fleet control system that lets the operators be informed about system health, whereabouts and camera feed.

The solution is supported by machine learning algorithms and 3D SLAM (simultaneous localization and mapping) technology. Depending on its programming and learning, the O-R3 is able to avoid obstacles and not crash into people.

It drives around, being on the lookout for suspicious items and individuals. Abandoned backpacks or other items will be identified as potentially dangerous, and the system will trigger an alert. If the unit is on patrol and encounters a person in an area where nobody should be, it triggers the intruder alert and launches a flying drone, which then chases the intruder while keeping him on camera.

The O-R3 system uses a variety of sensor equipment to work. Otsaw Digital provided the vehicle with laser scanners, thermal cameras, HD video cameras and Lidar tech. When the system notices that it will be soon out of power, it automatically drives to a nearby charging station. Want to know more? Check our feature video below.

Is this the future of law enforcement?

Perhaps this is not on-par with RoboCop yet, but certainly, there is a potential market in the security industry before this could be considered as part of law enforcement or similar fields. As of now, this design is interesting and while it might not be possible to deploy it everywhere due to privacy issues, companies with large areas, restricted to outsiders, could benefit from deploying an O-R3 security robot fleet. Ali Al Shouk from Gulf News reported on the 27th of June that Dubai has ordered O-R3 units for their police and planned to deploy them by the end of the year. In his report, he quotes Major-General Abdullah Khalifa Al Marri, Commander-in-Chief of Dubai Police, who said, “Dubai Police are keen to get the latest technology to fight crime. We always search for the best technology to serve our police work for a safer and smarter city. We seek to augment operations with the help of technology such as robots. We aim for streets to be safe and peaceful even without heavy police patrol.”

What else does Otsaw offer?

Next to the O-R3 hybrid security vehicle, Otsaw is also working on apps, other types of robotics and IoT solutions. For instance, they have an app for pre-ordering restaurant food as well as an app for requesting chauffeur services.

They have a solution for mobile telepresence, which is similar to the iRobot Ava 500, but was designed to host an Apple iPad and not a Cisco hardware video conferencing solution. Next to that, they have an IoT smart home switch that allows for better connectivity.

All in all, Otsaw Digital is working on a whole lot of exciting projects. I hope that I might be able to visit them, the next time when I’ll be in Singapore. What do you think? Is the O-R3 a potential candidate for security or even police in the future? Share your thoughts below in the comments!

YouTube: The Security Robot That Comes with a Drone

Christopher Isakhttp://www.christopherisak.com
Hi there and thanks for reading my article! I'm Chris the founder of TechAcute. I write about technology news and share experiences from my life in the enterprise world. Drop by on Twitter and say 'hi' sometime. 😉
Previous articleYUN: Levitating Aroma Spaceship That Helps You Relax
Next articleSize and Importance of Social Media Analytics Market Right Now

Tetris Retro-Gaming on a Building [Video]