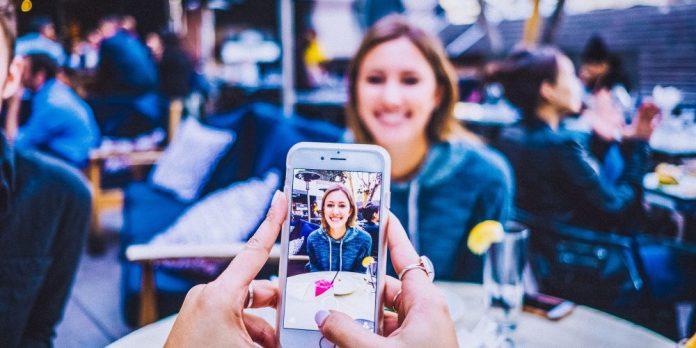 When we currently hear about big tech companies, most might think of Amazon, Facebook, Google, and the likes, but how long have those been actually around? And since when do we consider relatively “young” companies superior to other companies that have been around for a hundred years already?

Did the Internet change everything?

The Internet was very likely a catalysator for all sorts of companies to go through a digital transformation, embrace ecommerce, or offer entirely digital services. The dot-com bubble returned many visionaries from back then to reality. Some survived, and others did not, and some more were founded afterward.

Also interesting: The Internet Causes End of All Innovation? End of All Humans?

The old giants might have discarded the Internet for too long. Banks saw digital competition as difficult competition early on, but entertainment companies, service providers, and merchants oftentimes did not invest. Some of those are not even around anymore because of that.

On March 21, 2006, Twitter started to be, with the first tweet of co-founder Jack Dorsey. He wrote, “just setting up my twttr.” In a couple of days, this will mark the 15th birthday of one of the most popular social media platforms out there.

just setting up my twttr

In a Verge article, Jay Peters reports that this very tweet is now being sold as an NFT (non-fungible token), auctioned to a bidder who was ready to pay $2.5 million to get a certificate that indicates him or her to be the owner of this tweet, which could also be considered an artifact of tech history.

How are the old tech companies still around?

On the other hand, we have tech giants who haven’t just been around for a short while. If we look at IBM, or International Business Machines, an older name that they are not often referred to anymore, we find out that it is 110 years old. What did they do then, and how did they evolve to stay relevant? One of their first products was a dial recorder (1888), an electric tabulating machine (1890), as well as a time clock to record a worker’s arrival and departure time on a paper tape in 1889.

IBM still does business today because they didn’t want to sell technology. They sold solutions, and that they still do. They wanted the best solution for their clients in every year, and at some point in time, that meant analog machines, and later it meant digital machines, like the ones that we nowadays could recognize as well as a computer. If they focus on helping clients solve problems, they will continue to innovate and be successful, no matter how old they grow, because tech ages – but solutions do not.

How old are tech companies?

How about other popular tech companies? How does their age compare, and how young are young tech companies really? Also, how old are the newcomers that we treat like the baby that just rolled in around the corner in its stroller? Maybe they aren’t that young after all. 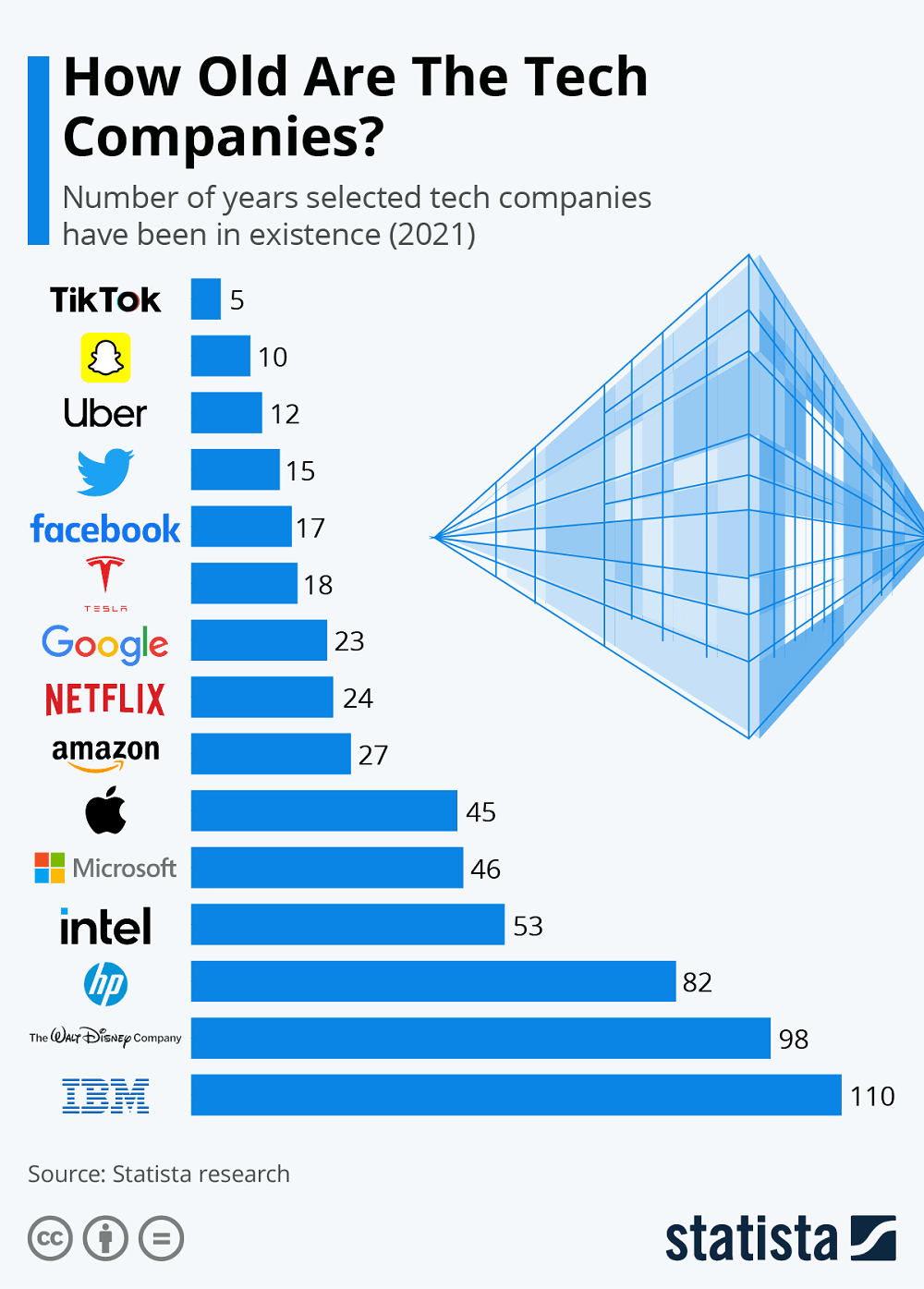 Niall McCarthy, a data journalist for Statista, had put this infographic and report together. Have you expected a line-up like this? Personally, I was first a bit irritated about Disney popping up in there. Still, given their current business, I think it’s fair to include companies as well to be a tech company, even though their might have not started out as such.

Photo credit: The feature image has been taken by Josh Rose and is symbolic.
Source: As indicated and linked within the article.

Christopher Isakhttp://www.christopherisak.com
Hi there and thanks for reading my article! I'm Chris the founder of TechAcute. I write about technology news and share experiences from my life in the enterprise world. Drop by on Twitter and say 'hi' sometime. 😉
Previous articleMatch and Garbo Add User Checks for More Dating Security
Next articleMake Premium Hot Chocolate at Home with Velvetiser