How Intimacy Travels the World

The librarian in my soul doesn’t understand Snapchat. What is the point of creating something beautiful that can only be shared once? If it’s worth seeing, it’s worth defining, labeling, and archiving. That is what we do for content in libraries and museums, whether they are venerable institutions, well-designed websites, or our home bookshelves and attics.

Ok, so maybe you haven’t used Snapchat, but you’ve probably heard of it. In theory, you can only see the content once, but there are ways to see it again by playing favorites or paying per view.

So @CShirkeyCollins is making me use @Snapchat and I have no idea what I'm doing.
Add me!#WeAreCisco pic.twitter.com/701FMEv1U0

Yes, I’m sure you’ve heard about the worst aspects of it: the pictures that shouldn’t have been taken, the messages that shouldn’t have been written, and the people who should never have been having those conversations in the first place. This is exactly why two years ago, it was decided that I should get a Snapchat account. I am the “Cool Aunt”, so I was asked to “spy” on my teenage niece, and report back what she was doing on Snapchat (as if she’d let me see it). By the time I got around to opening an account, and told her what I’d been asked to do, she told me she had stopped using the app altogether.

Let me assure you: whatever today’s teenagers are doing is way more secure than what was available to us for our first love stories. When I was fourteen years-old, I went on a trip out of the country with my parents and sister. Our grandmother came to watch the house while we were gone, and guess what she did? She read my love letters. Scented, corny, impossibly sweet hand-written notes from a boy I had broken up with weeks before. I had saved the letters, hidden away in a drawer, under a bunch of books, but Grandma found them! From that day forward, I knew I couldn’t trust her.

Modern relationships are all about trust. Yes, boys and girls are sharing intimate photos and video using apps like Snapchat, but that doesn’t make the Internet or smartphones evil. I’d actually be curious to know if that ability to get enjoyment through digital content has had an impact on reducing the numbers of teenage pregnancies. For every tragic case you hear about, resulting from bad use of social media, think of how many kids didn’t drive drunk, speed, or meet someone in a dodgy place because they were able to send a picture instead. I don’t have the answers, I’m just asking you to think about it, before judging a new generation that lives in a different world than the one we grew up in.

If your daughter is on Snapchat, she’s most likely using the special filters to make herself look prettier. Here’s an example of a video I made using Snapchat. The special filter masked my lack of make-up, and hid the pimple on my nose. Win!

If your son is on Snapchat, he’s probably using the filters to show how funny he is. Here’s an example from my friend Adam, turning himself into a blue alien, which he knows I find particularly scary. Effective!

Why did Adam and I save our Snapchat videos to our smartphone library, and upload them to Vine and Twitter? Because we were raised in a world where content was defined before it was produced, so it could be stored properly, for future retrieval. We can’t help but organize. How can we possibly embrace the chaos of disappearing content?  And we’re supposed to be cool!

Forever in Your Mind

If something is truly special, even seeing it just once makes it worth it.

Still don’t understand what someone shared or why they shared it?  Maybe it wasn’t meant for you. Social Media is the world of the inside joke, the hidden message. If you are the intended recipient, you can decode a public message with this key:

“All my thoughts are for you, and you will find yourself in my words.”

There is no real privacy in the digital world, data can always be accessed eventually. But the need of the connection here and now outweighs the risks of possible later hacks. The words unsaid are more dangerous than the thoughts revealed.  Intimacy wins. 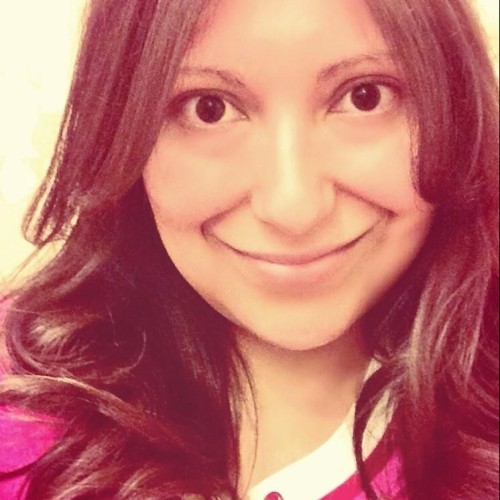 Silvia Spiva
Silvia K. Spiva is a Multicultural Marketer, creating content for global audiences, from the heart of Silicon Valley. Her passions include children's literacy, STEAM (science, technology, engineering, arts, and math), and finding ways to bridge if not crush the #DigitalDivide.