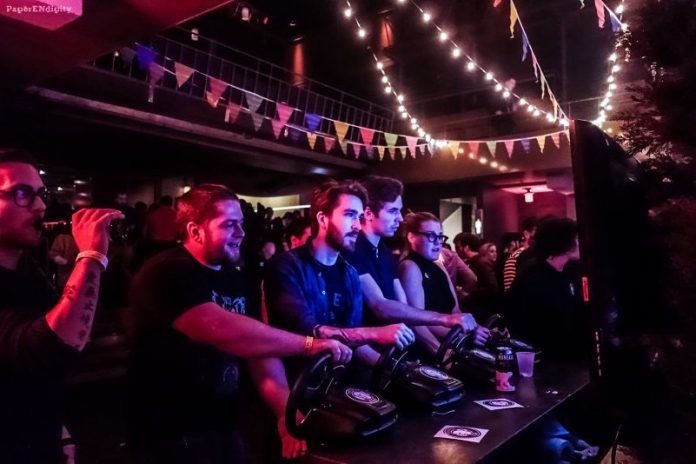 MEGA (Montreal Expo Gaming Arcade) is the video game event to watch out for. The second edition presented by game developers Red Barrels (Outlast I and II) was held from November 9th through 11th, 2018 in Montreal, Quebec (Canada). Gaming enthusiasts gathered at the Marché Bonsecours to sample new games, rediscover old ones, and listen to informative panels.

What happened at MEGA this year?

The night before the expo, the presentation by the Montreal Orchestra Company, L’Odyssée musicale du jeu vidéo (The Video Games Musical Odyssey) was a symphonic treat. The concert featured music from games created in Montreal and beyond, including Assassin’s Creed: Odyssey, the world premiere of Shadow of the Tomb Raider, and classics from The Legend of Zelda and Mario Bros. 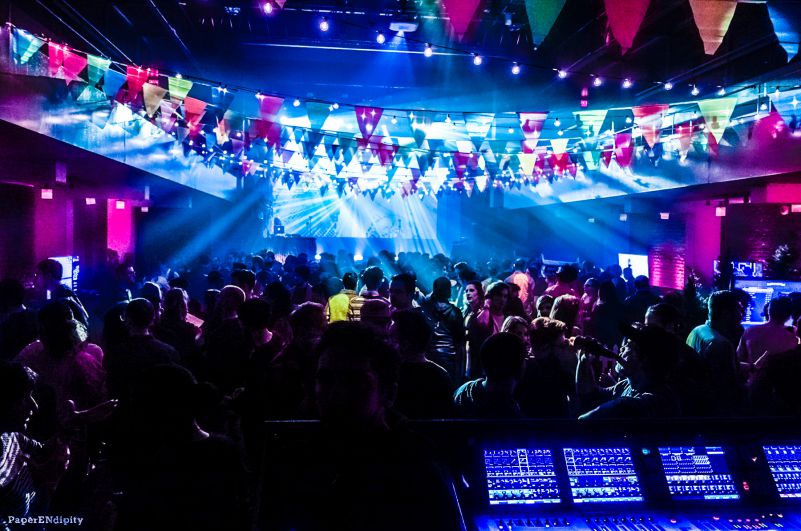 The expo itself catered to gamers young and old, with various booths and specialty areas. Among these were an educational room for the kiddies, and a capsule-like play zone where older gamers could sample The Inner Friend. Playmind’s horror game about childhood fears plunges the gamer into a veritable nightmarescape. In a strange world of bizarre monsters, the players must save themselves from the shadows. The gaming pod was likely the most immersive experience at MEGA, as it blocked out some of the expo’s ambient sounds, and offered players a cloaked miniverse surrounded on three sides by black curtains.

Tournaments were ongoing all weekend, and exhibitors encouraged questions at the many indie games booths. For those who like tech gadgets and activities, there were remote control toys and a human-powered Pong game. The onscreen matches were controlled by players sitting on massive seesaws. Spin Games & Activations (an organization that offers life-size game rentals for events and parties) provided the real-life seesaw ‘paddles.’ They feel that mechanical games using the body like this are perfect for encouraging physical activity and healthy lifestyles. Quite a refreshing take on the sedentary gamer lifestyle, and it seemed to be a crowd-pleaser!

Checking into new games and new points of view

Brand new and as yet unreleased games allowed players to take them for a test ride. Quebec City developers Sabotage featured their retro-themed The Messenger. The Chiptune soundtrack of the homage to Ninja Gaiden was performed for the first time by a live orchestra at The Video Games Musical Odyssey. Also available for a test spin was Kitfox Games’ Boyfriend Dungeon.

Perhaps at first glance, the game might offend by its presumed sexist and cliché version of hetero-normative dating. Look again, and one might discover the character ‘date’ choices are not only male but also female and nonbinary. A bit more forward-thinking than it may seem on the surface, Kitfox offers a more inclusive and tasteful approach to gender and sexuality. Players may power up by becoming a weapon-wielding couple to be reckoned with, regardless of sexual orientation or identity.

And in the spirit of inclusion, the Mental Health in Video Games panel discussed not only gender and identity but also race. The panelists brought to light the many differences that polarize not only gamers but also dev teams. As game development is still mostly male and white dominated, many dev team members do not feel comfortable in the workplace. Characters created by such biased teams often leave certain employees unable to identify with the personas they must work with.

Everyone knows that the best way to become attached to a fictional character is to see oneself within him/her/them. What good then, is a video game that does not make the player feel included? Games offer a place for people with social anxiety or awkwardness. With socializing mediated by a game, kids who feel excluded in real life can build communities online, even spanning wider geography than local social groups. 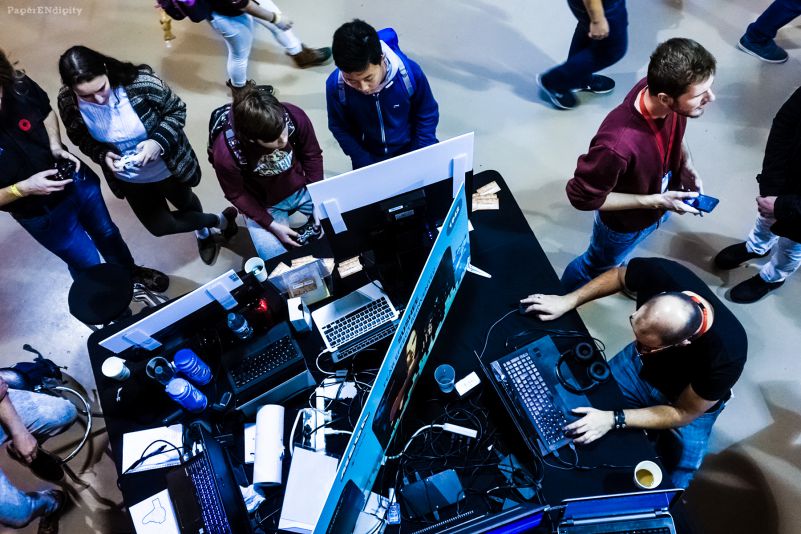 Take This is a nonprofit organization that aims to help alleviate these issues both behind the scenes and in front of the games. They have introduced the AFK room to large gaming conventions. People suffering from crowd anxiety, noise pollution, and just over-socializing in such an animated setting, can come to have a timeout in this safe room. It is staffed by clinicians and volunteers and can provide a listening ear, advice, or simply a place to get away from the crowd for any given amount of time.

Non-video-game activities are on hand. The space caters not only to attendees of such large-scale events, but also the exhibitors, who need to be ‘on’ all day, greeting hordes of people. Some doctors, parents, or teachers might see influencing young minds through video games as detrimental. But games can also be used for healing. Take This wants the gaming world to create larger, more inclusionary spaces. They want the online community to be more accepting of more types of people. The panel discussion was an eye-opener and spoke volumes about a side of the gaming we don’t often hear about.

But MEGA’s panel stage was not all gloom and doom. There was also a cosplay competition. Rather than choosing just one winner, all three finalists (Loki, Alice, and Groot) were awarded for specific attributes.

To close the final day of the event, trophies were also awarded to outstanding games and developers. The Montreal Independent Game Awards (MIGA) selected Outerminds’ H3H3 Ball Rider for both Art Direction and Music. A list of all the winners may be found at MIGA’s official website. You can also have a look at our snaps from the event hosted on our Flickr site if you want to see more.

So much was going on, it would take more time to showcase everything, but this is why MEGA was so exciting. Montreal is a hub for the gaming industry, and this expo should attract international attention in the coming years. Keep an eye out for MEGA 2019!

Photo credit: All photos were taken by the author.

Daria Gamliel
Just getting started!
Previous articleShould Esports Be Considered a Sport?
Next articleAI, Robotics and Farming-As-A-Service: Every Tom, Dick and Harry at Work

Defiance 2050: A Remake Worth Checking Out