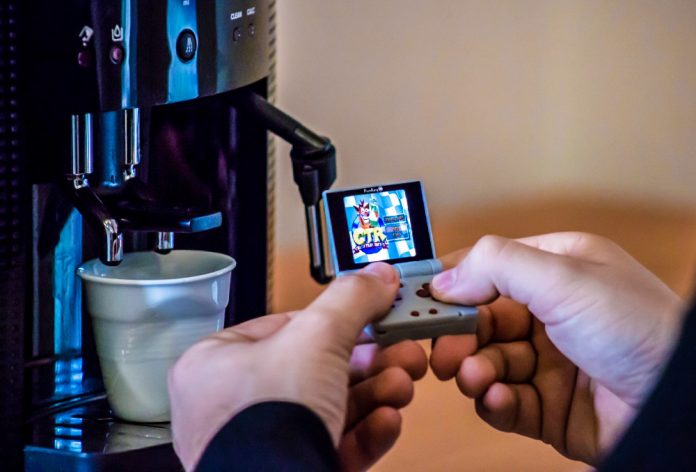 Nowadays, we have multiple retro consoles on the market to choose from. What if you could play different retro consoles games in something as tiny as a pocket watch?

We are talking about the FunKey S, a small folding retro console based on the design of the Game Boy Advance SP. It’s so tiny that you could easily snap it to your key chain. 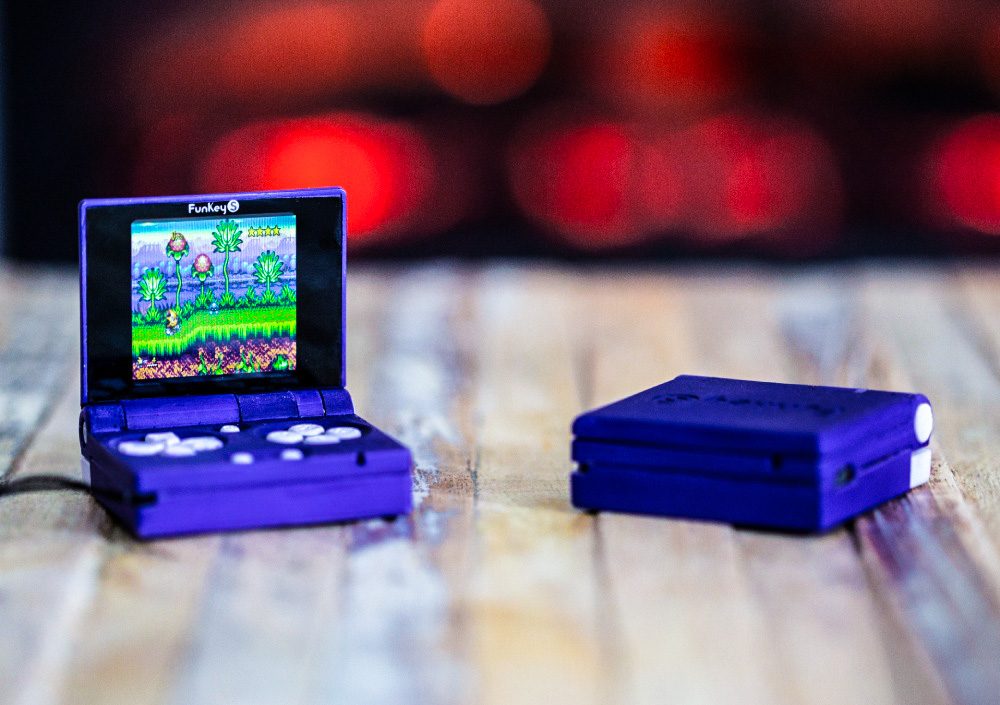 One incredible thing about the FunKey S is obviously its size. It’s so tiny that you won’t even notice you have it with you on your pocket or key chain. It’s an ultra-portable gaming console, perfect for playing on the go.

Despite its miniature size, the FunKey S is also a surprisingly powerful console. Coming in at only 42.5 x 44.5 x 13.8 mm, this tiny console can emulate your favorite retro games.

You won’t be missing any of the controller buttons there. It has large directional and A, B, X, and Y buttons. It also has an L1 and R1 shoulder buttons. It has the usual Start, Fn, and Power buttons. Aside from that, it comes with a built-in 0.5W speaker to bring retro sounds to life. 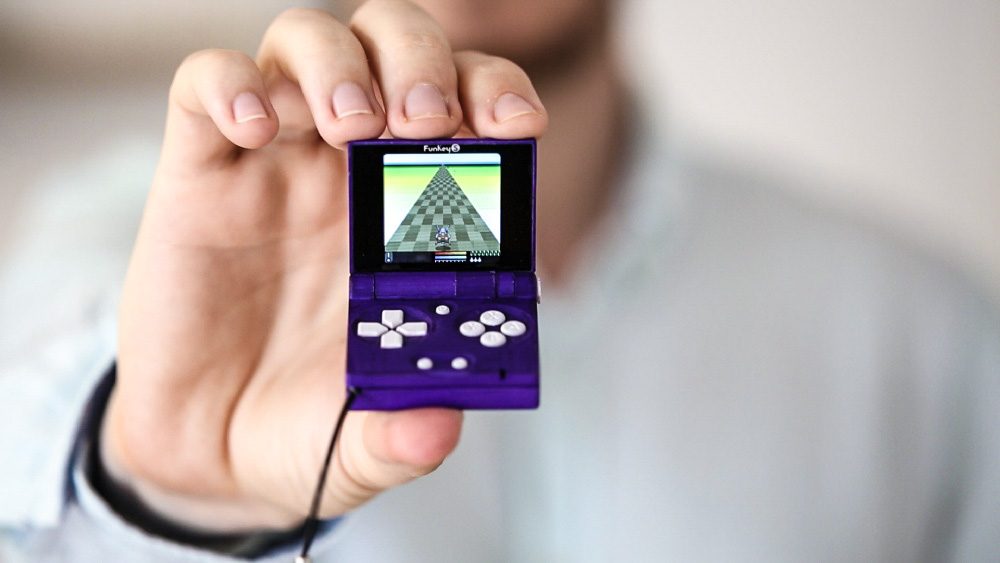 To add new games to it, simply copy your files to the device and play. This neat little device lets you play your most loved retro games there and bring all the nostalgia back.

To add to the nostalgia, the design is just like an old GBA SP. The foldable design uses the same active spring-loaded hinge concept. This also protects the inner screen and controls when closed.

Imagine you are gaming at the bus stop, and suddenly the bus arrives, you will have to close the console quickly. Well, once you close the lid, it will automatically save your game before turning itself off. When you have time to go back gaming, just by opening it, it will restart precisely where you left off, in a matter of seconds.

FunKey S detects when the lid opens or closes with full optimization. The same will happen when you turn it off manually or when you are running out of battery, so you don’t have to be worried about losing progress.

I do have different emulators on my computer, and I know how frustrating it can be to configure and map the controller for each emulator. You won’t have this kind of issue with the FunKey S as it’s fully optimized for the different consoles that it emulates.

In this tiny console, you can emulate over ten different retro consoles. This means you can have classic games to play everywhere you go. Imagine you can load in your favorite retro console game into one little package. The console won’t come with any licensed games, but you can easily load it just by connecting it to a computer. 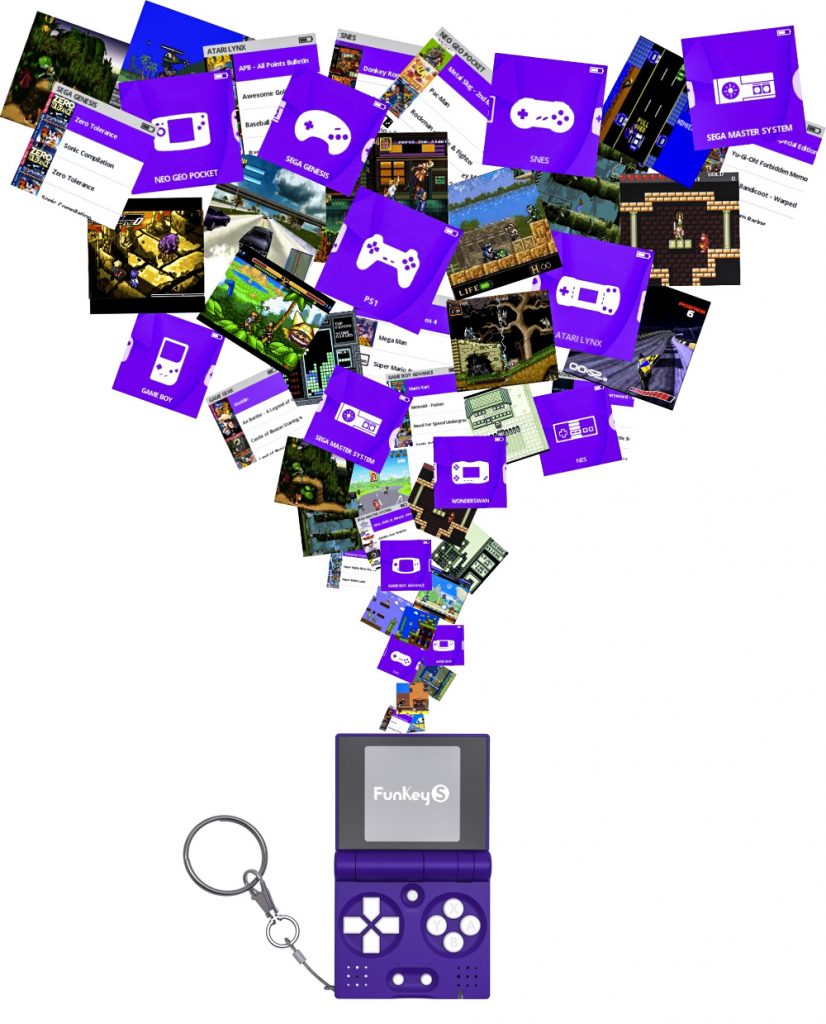 The FunKey S OS is based on the Linux-based operating system and is bootable in less than 5 seconds. The developers proudly announced that the FunKey S is open hardware and open-sourced, and it will continue being this way. You can already find many tutorials and designs posted on Hackaday. You can also find the source code for the operating system and emulators available at their GitHub page.

The Kickstarter project for the FunKey S was launched on July 1st, and is currently fully funded. If you want to support this project, you can head on to their Indiegogo page and preorder the tiny handheld starting at €65.

Photo credits: The images used are owned by FunKey S and were provided for press usage.

Paulina Castro
Hi! I'm Paulina, tech and gaming journalist here. I love everything related to tech, gaming, comic books, anime, photography and cats. I hope you enjoyed my article!
Previous articleHow to Download IGTV, Photos, or Videos from Instagram?
Next articleTrack Your Sleep and Health with Oura Ring

Internet Archive Lets You Play MS-DOS Games In Your Browser

Give Your Tweets a Retro Treatment with BBC MicroBot 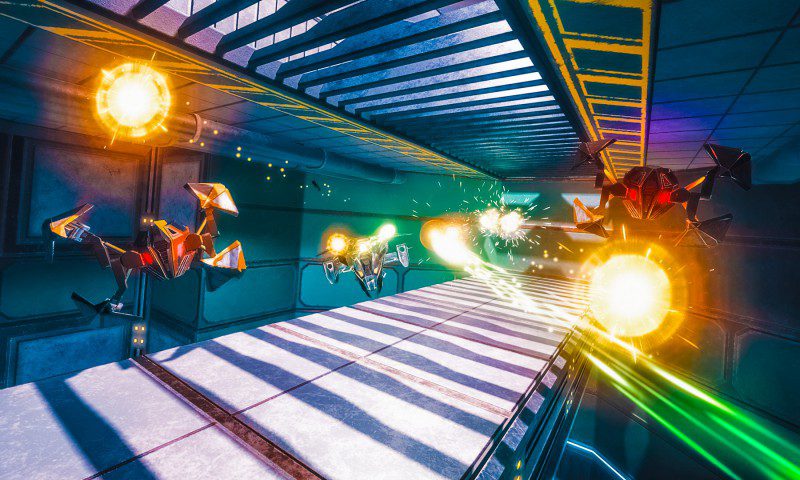