Home Social Media Facebook Are We Finally Going to Have a Dislike Button on Facebook?
Social MediaFacebookGeneralLifestyleTechnology

Are We Finally Going to Have a Dislike Button on Facebook? 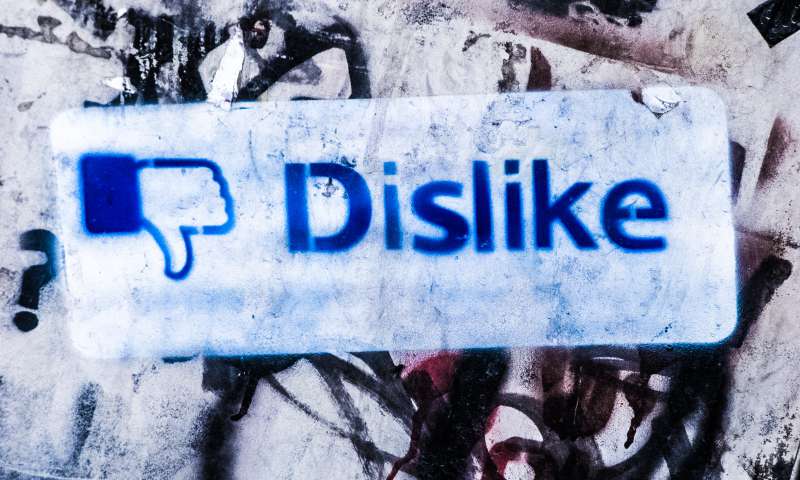 Facebook Reactions on the News Feed launched a year ago and, after 300 billion sent so far, it is safe to say they were a big success. No wonder, now, the social network is trying to spread them to Messenger as well.

Additional reaction buttons to be tested

The company confirmed to TechCrunch that they are testing the option to add Reactions to individual messages: “We are always testing ways to make Messenger more fun and engaging. This is a small test where we enable people to share an emoji that best represents their feelings on a message”.

This first approachment to the possible change to come, added, to the five traditional icons we already know, a thumb down, which may be the closest we, Facebook users, will ever get to the acclaimed “dislike” button. However, the social media company sees this mythical Reaction more as a “no” button.

According to Facebook, a really common use for Messenger is to plan meetings and encounters, so they are experimenting to see if the Reactions make it easier for its users to vote and agree on where, how and when.

The app will show an emoji icon next to the bubble chat. The users will be able to decide between a “Love,” “Haha,” “Wow,” “Sad,” “Angry,” “Like” or thumbs-down. One of these can appear next to a message and let the other person understand, faster, how they feel about what it is being said.

A matter of definition

Although tests are running, news are being shaken for the scoop, and people are already crazy of excitement, there’s still no guarantee we’ll be able to see the new feature this year, or ever. If we are being honest with ourselves, we are not completely sure calling an emoji on a private conversation counts accurately as a “Dislike button.”

At any rate, Facebook refers to the whole operation as a “small test,” and it seems they are not committed to a launch anytime soon -assuming, of course, the experiment goes forward. But, keeping in mind the huge success the Reactions had last year, and how much our hater hearts want to express how much they do not like an idea, we remain confident and hopeful to see this eventually.

Daniela Salcedo Bolivar
Social media marketer. Cinema fan. Animal lover. Whatever happens, happens... as long as I have pen and paper with me.
Previous articleHow to Build Your Own DIY Portable Smart TV [Video]
Next articleLooking for a More Secure Home Network? Check out Amped Wireless Ally Plus

A little while ago, all major social networks started to change the standard for user profile images from a square to a circular shape....
Read more
Design

Fashion is a fascinating yet very dynamic industry. With its primary purpose to provide coverage, protection, and comfort, it has slowly evolved as a...
Read more
Art

Immersing yourself in a digital world through VR is remarkable, to say the least. It opens pathways for further innovation in gaming. While VR...
Read more

Google Pauses On Software Updates: Will Other Companies Follow?