Otome Games: What Is It All About?

Otome games have recently been brought back into the light with the ever so popular and crazed app of the year 2016; Mystic Messenger. Originating from South Korea, this storytelling messenger game was mostly geared towards a South Korean female audience, however, this game ended up reaching a wider audience, and it is now available in both Korean and English. 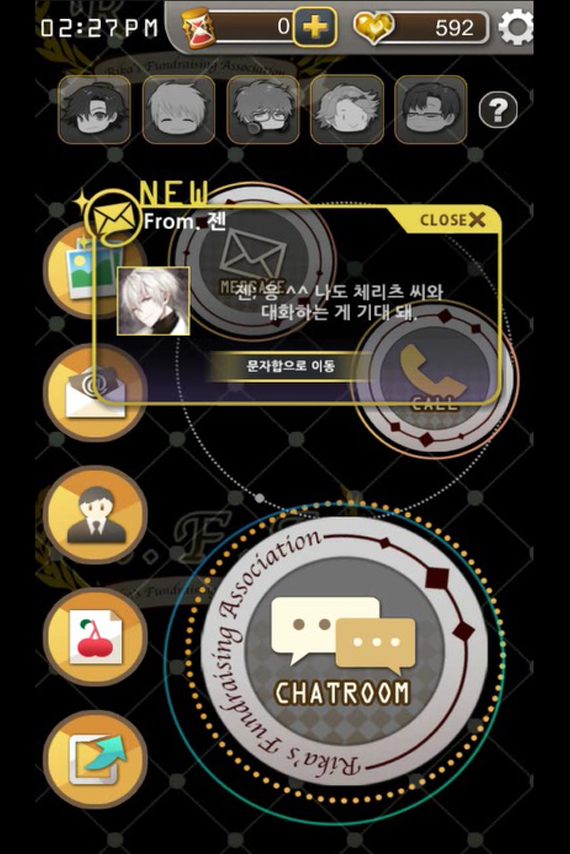 Mystic Messenger is an app-based game that offers a dating simulation experience in the form of a visual novel. The player becomes the heroine in the story who is then immediately introduced to Rika’s Fundraising Association (the RFA) and from there, she embarks on her adventure. As the protagonist, you can decide which route to venture down and, of course, you choose which character to court. As with most dating simulation games, Mystic Messenger aims to venture down each route, collecting each possible ending.

There are a total of five main characters with which the player interacts with on a constant basis. The characters are as follows: 707, JaeHee, Jumin, YooSung, and Zen. Cheritz, the game developer, has taken quite a forward and bold choice with their characters as JaeHee is actually a female character. Many have praised the game for offering players a female route to pursue.

This game requires its player to make different choices throughout the game, and the story progresses as you discover secrets by receiving texts, photos, stickers and even phone calls. The run-through for each gameplay goes for a duration of around 11 days. That is right, Mystic Messenger is incredibly unique and uses real-time; meaning that you’re rewarded with an incredibly realistic experience. Many of those who have played Mystic Messenger have admitted to being extremely sleep deprived due to receiving calls at ridiculous hours; some even as early as 3 AM!

However, this doesn’t serve as much of an issue as the gameplay and storyline is much too enjoyable and addictive.

What are Otome games about?

Otome games [乙女ゲーム], directly translated to ‘maiden’ games, are a particular genre of games which typically resembles a dating simulation game that is aimed towards a female audience with the objective of pursuing one of the many possible male characters in the game.

While this genre was still considered to be relatively new, Konami released one of the very first Otome game which has served to be the most successful and popularized otome games to date; Tokimeki Memorial Girl’s Side (2002). TMGS was originally released for the PlayStation 2, however, due to how well fans received it, there was also a 2007 version for the Nintendo DS known as Tokimeki Memorial: Girl’s Side: First Love.

Fans were still left wanting more so Konami released TMGS: Second Kiss for the PlayStation 2 in 2006, however, due to the fantastic gameplay that was offered on the Nintendo DS platform, it was re-released for the NDS in 2008. Tokimeki Memorial Girl’s Side: Third Story was then released in 2010 for the Nintendo DS however due to its high praise, it was re-released for the PSP in 2012.

TMGS: Second Kiss was the last Tokimeki Memorial Girl’s Side game to be released for the PlayStation 2. This was due to the audience falling absolutely in love with how the NDS touch screen made the game much more interactive.

All three of the Tokimeki Memorial games consists of the player, the heroine, starting off in her first year of high school. It is up to her to focus on studying, sleeping, exercising, shopping, accessorizing, etc. to improve herself. Throughout her three years of high school, it is up to the heroine to unlock all of the male characters, call them up for dates and eventually achieve her dream ending with the man of her dreams.

The main goal of the games is to unlock all possible endings. For each individual male character there are around six endings each, however, you can also collect special character endings, little brother endings as well as best friend endings. Therefore these games are almost impossible to fully complete.

What I truly enjoyed about these games was how interactive and believable they were. From being able to converse and interact with your chosen guys on dates to having your player fall sick when you overwork. Everything feels incredibly realistic because the games truly incorporate your actions into the gameplay. Tokimeki Memorial Girl’s Side also accommodates to all 365 days of the year as well, as you go through all of the days; even experiencing Christmas, New Year’s, Valentine’s Day and more!

Most of the current popular Otome games are smartphone based. However, Mystic Messenger has breathed a new life into this genre of games as it features relatively dark stories whilst making the app incredibly realistic as you advance through the game in real-time, receiving random texts and phone calls from as early as 3 AM in the morning. While many fans of Mystic Messenger are looking forward to a spin-off next installment, to this successful game, towards the end of this year, those who are new to this genre of games might want to give Tokimeki Memorial Girl’s Side a try.

Shalinn Yeap
Hello there! I'm Shalinn, a technology journalist, and occasional film reviewer. Thank you so much for reading my article, and please feel free to message me on Twitter!
Previous articleBuild an Eye-Catching Website with These Free Tools
Next articleTurtle Rover Is for Earth Not Just for Mars [Video]