How Green Are Tesla Electric Cars and How Could They Help the Environment? 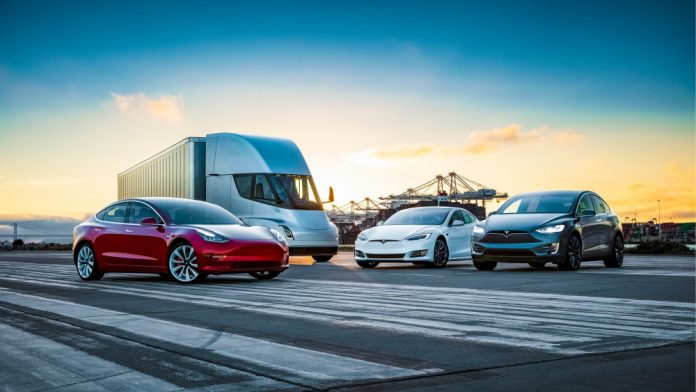 Global greenhouse gas emissions are a considerable concern, and major tech giants around the world are doing all they could to reduce the fossil fuel emissions and eventually decrease the levels of CO2 in the atmosphere, which causes global warming and weather-related catastrophes. When it comes to the automotive industry, Tesla took the huge leap and brought the first-ever all-electric car back in 2008 to the forefront, when the rest of the world was still skeptical about the productivity of these cars.

Many people were skeptical about how expensive the cars would be, what the speed would be, and the availability of charging stations for these cars – many questions and concerns were raised.

When it comes to air pollution and smog, using electric vehicles (EVs) for transportation has enormous benefits, though we know EVs produce zero direct emissions and hence don’t add CO2 to the environment; vehicle production in the factories does produce emissions and waste management issues – these issues need to be fixed, as well. A conventional gasoline combustion engine, on the other hand, is producing a high number of pollutants, such as nitrogen oxides, CO2, and other greenhouse gases GHG.

All electric vehicles have batteries that can be recharged from a dedicated charging unit or power station, these EVs can also be charged by renewable energy sources, such as wind and solar, and hence contribute to zero greenhouse gas emissions.

When charged fully, battery-powered electric cars can run on for 70 miles to 100 miles. The Tesla Model S takes a speed of up to 60mph and can cover 373 miles on a full charge. Tesla has a global network of charging stations, which makes loading the cars at home or outside, more manageable. If overall manufacturing processes are taken into account, an EV still accounts for less than half of CO2 emissions per mile as compared to a conventional engine that runs on gasoline or diesel.

Electric supply is rapidly moving towards renewable energy sources, such as solar-powered and wind-powered, using EVs for transportation is going to be adding much less CO2 per KM, and that is what the world needs right now when it comes to reducing GHG emissions and protecting the environment.

We do agree the battery manufacturing process for the cars isn’t as clean as we’d like. However, overall as the vehicles don’t produce any direct emissions, the manufacturing emissions are still surpassed easily over the lifetime of an EV. So while there are no running emissions, electric vehicles eventually help save the environment by limiting the GHG emissions – combustion engine vehicles, on the other hand, continue to add these harmful gases to the environment through their lifetime.

Currently, electric grids are moving away from their reliance on fossil fuels, and battery manufacturing in the factories could help reduce emissions by moving towards renewable energy sources and clean production, which is the aim of Tesla. The vast majority of Tesla vehicle components are made within the US in its factory in California, and they heavily advocate and rely on safe and clean manufacturing.

Even more green potential can be achieved when combining the Tesla battery with hydrogen-based fuel cell chargers like the ones from Kraftwerk Motors, who recently won a startup pitching competition, as we reported earlier. So it does not have to stay in a single-vendor ecosystem. Innovation can be established through partnerships just as well.

Yes, Tesla’s cars are a success despite the criticism, and more companies and countries around the world need to invest in the production of electric vehicles and to reduce reliance on fossil fuels. The popularity of Tesla’s cars is evident from the fact that its car sales doubled than that of Ford in 2019, and the Model 3 of Tesla was the most popular electric car in the world in 2019.

So, is this the future of transportation, where we’d be able to reduce GHG emissions and breathe in much cleaner air? Yes, as we can see, Tesla is playing its part in helping protect the environment, and once we move towards complete de-carbonization of the electric grids used for electric vehicles – and less reliance on imported car components, we would be able to assume that these cars are indeed helping reduce pollution and save the environment.

YouTube: The Cybertruck is one of the latest Tesla concept cars

BlackTea Moped: The Electric Motorbike with a Vintage Touch