Robotics Expert Says Humanity Will Hit a Breakthrough in 10 Years

Technology is rapidly advancing into spaces we could only write fiction about before. Computers that fit in our pockets, meals delivered at the press of a button, and cars that drive themselves are just a few examples of how far we’ve come into the modern age. Our technology continues to expand, though, and will likely go into more parts unknown very soon.

Robotics, in particular, seem to be near a massive milestone. As we progress into the world of convenience and safety, we find more situations where robots could be useful or just wanted. Profitability is a huge driving factor in the advancement of technology, and the age of robotics is only just getting started.

Dr. Subramanian Ramamoorthy, an Associate Professor at the University of Edinburgh’s School of Informatics, spoke at New Scientist Live in early October 2019. At the event held at ExCel London, Dr. Ramamoorthy explained that robotics and AI have seen massive developments that aren’t slowing down. He believes that robotics will go further to make decisions on their own and do their own processes.

“I am hopeful that we will begin to see such developments within a decade or two.” To reach that stage, though, there are still many hurdles we have to go through and expectations we should avert.

All of these things are possible, especially since we’re aware of the problems facing the advancements, and that’s why one or two decades is the projected deadline for the next major breakthrough for robotics experts and engineers. Before we speculate on what that could be, let’s walk through the hurdles first.

Dr. Ramamoorthy finds that reliability is the most important common theme in robotics. He says that because reliability is so important, we strive to understand how and when autonomous systems fail, but the process is difficult. The biggest problems are the ways we’ve reached these levels of advancements. “Through the use of data-driven learning, online adaptation, and combination of complex pieces that have to parallel the infinite richness of the world in which the robot operates.”

Our current artificial intelligence or AI has reached incredible levels but not exactly up to the future’s standards. Apple’s Siri and Amazon’s Alexa are amazing virtual assistants and proof that we’ve come a long way, Dr. Ramamoorthy is hesitant to call them robots. For one, they’re programs that can’t do any physical actions without trying to persuade something else, which hasn’t yet been done. They’re also very limited in decision-making skills, stuck to a script they must follow.

Rather than technology like Alexa, Dr. Ramamoorthy is looking forward to something with a bit more substance. Current robotics that is paving the way to the future is found in warehouses and factories. They require a “high level of guidance and execute movements in an intelligent way,” says Dr. Ramamoorthy.

He believes that the next big step forward is going to take place in medicine. “Personally, a direction I am very excited by is the use of robots in the operating theatre, to help surgeons with tasks where sensor-guided motion can help them achieve improved outcomes.” Robots are already using similar technologies to move and perform tasks, though the ones in operating rooms now are far more precise.

Could really be a breakthrough

Dr. Ramamoorthy said that we have to reach a “useful level of safety” before we could really get going on the future of robotics. This is planned to be done by putting together a lot of different research and finding our best options from there.

For right, we have different obstacles to overcome that are far more complex than the simplified versions put forth here. Once we start getting closer to our goal, we’ll likely find new problems to overcome before reaching even further.

Photo credit: The feature image is owned by Furhat Robotics and was provided for press usage. The other two photos in the body of the article are credited directly in the image captions.
Source: Ciaran McGrath (Express) / Princeton Review / Lukas Prediger (RWTH Aachen University) 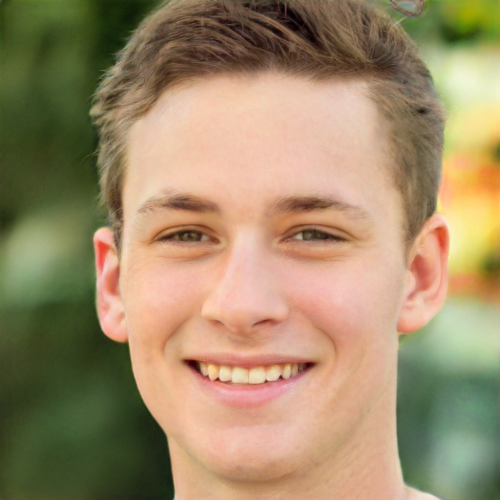