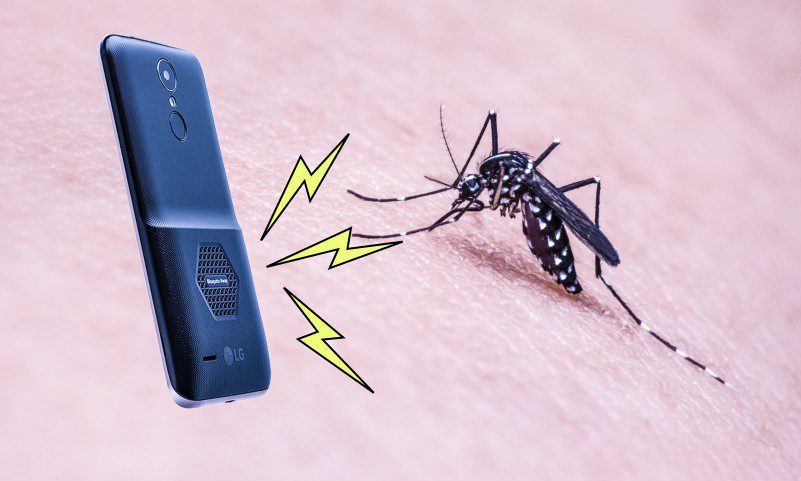 The summer is through over here but mosquito season will undoubtedly return. In some areas of the world, there might even be mosquitos nagging you throughout the whole year. How annoying is that? But can’t help it, right? Or could it be…

LG launched a smartphone in India that, if you believe the marketing, can keep mosquitos away. If that works, why only release this phone in India and not all around the world? Anyway, let’s have a look at this handy repellent device based on Android OS (Marshmallow). LG K7i smartphone to keep the mosquitos away

The LG K7i (LGX230I) smartphone uses a so-called “mosquito away” technology. This works by making use of an ultrasonic speaker that is part of the phone. The hearing range of most humans is between 20 and 20,000Hz. The mosquito-repelling speaker yells at the little buggers with a range beyond 30,000Hz, and therefore humans will not be able to hear any sounds coming from their phones. There are no chemicals involved, the solution is odorless, and you don’t need to refill a liquid of a kind to keep mosquito free.

The mosquito away speaker is part of a special back-cover that you don’t always need to have your phone equipped with. There is also a simple stand that comes with the phone which helps you set up your mosquito repelling secret weapon. LG states that 72.32% of Anopheles gambiae mosquitoes stay away after the device has been switched on.

But wait… there’s a disclaimer

Of course, this is a great innovative feature, but there are some disclaimer details to this as well. LG writes, “long-term effect not tested and mosquitoes may become resistant. Efficiency is reduced in open space and performance is enhanced in enclosed spaces such as in a room or car. Mosquito species used in the test below may differ from the mosquito species of your region. This product is one of the ways to manage mosquitoes and not intended to replace other protective devices against mosquitoes. Some low-level noise may be heard from the speakers when the anti-mosquito feature is activated. It is normal and there is no need to be concerned.”

LG has done a serious of clinical tests to prove their tech is working. In the video below you can see an example. On their website, they also write, “found to repel on average 72.3% of Aedes aegypti mosquitoes. Repel rate shows a percentage of mosquitoes prevented from entering the inside chamber after 90 minutes of treatment setting compared to control setting. Represented average of 72.3% derived from 70.7%, 74%, 72.1%.”

From my point of view a little better than 70% repellent efficiency is still a lot better than what other smartphones offer you (=0%). If your body is covered in itchy mosquito bites, I’m sure you’ll be happy to have this reduced by 70% and more. Considering a health aspect, avoiding mosquito bites also means less spread of diseases that are carried and possibly distributed by such mosquitoes. This is all good in my books. Next to its obvious prime feature, repelling mosquitoes, the LG K7i is a solid low-mid segment smartphone that runs a common Android build. Here are some of the main facts on the tech specs:

The LG K7i mosquito-repelling smartphone is currently only available in India for a price of 7990 Indian Rupees, which converts roughly into 123 USD. LG is also planning to include these in TV units as demonstrated in this video on their YouTube channel.

What do you think about this? Good idea to have a smartphone that can repel mosquitoes with ultrasonic sounds? Make sure you share your thoughts with us below in the comments. Thanks!

Christopher Isakhttp://www.christopherisak.com
Hi there and thanks for reading my article! I'm Chris the founder of TechAcute. I write about technology news and share experiences from my life in the enterprise world. Drop by on Twitter and say 'hi' sometime. 😉
Previous articleDigital Transformation: How Huawei Assists Fortune Global 500 Companies
Next articleCisco Acquires BroadSoft to Secure Position in UC Markets 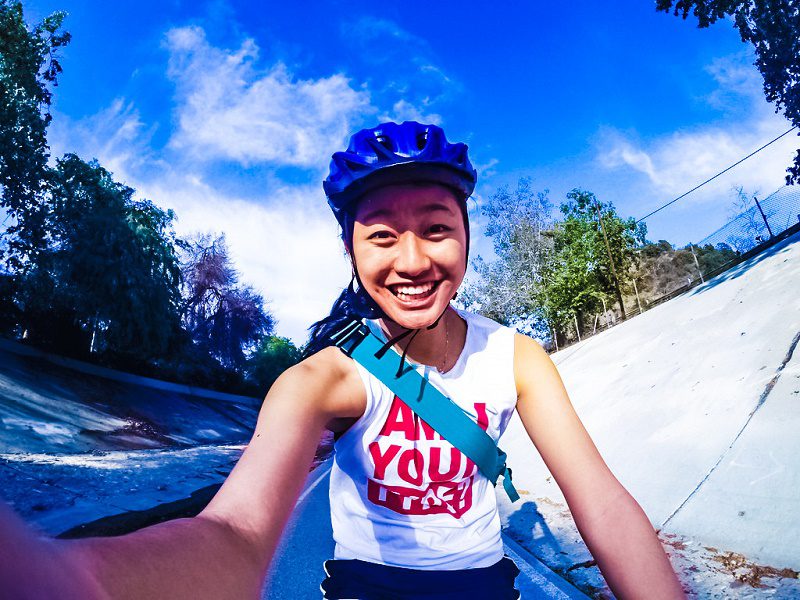